*Sigh* Here we are, son. It’s been less than two weeks since I wrote my first unemployment post and things have only gotten exponentially worse. I mean, in my original article, I talked about the 3.3 million people who filed for unemployment during the week ending March 21st. From there, shit went even more off of the rails, man. During the week ending March 28th, the unemployment claims ballooned to 6.9 million. Fast forward to today, another 6.6 million folks have filed claims with the Labor Department. Meaning, damn near 17 million Americans are currently out of a job.

Now, I won’t lie, fam. On the real, I don’t even know what else to say, bruh. Like, that’s the whole story, brethren. The fact is, the coronavirus is doing A LOT more than ravaging immune systems. Shit, despite the fact that the illness has claimed the lives of over 14,000 people, it’s claimed the livelihood of about 10% of the country’s workforce. All I can say is, even if we go back to “business as usual,” there’s no way to easily make up that difference, son. So, a ton of citizens might be assed out for a while, man.

In the end, I don’t have any answers, fam. On one hand, I want everyone to stay inside and be healthy. On the other hand, I want people to be able to support themselves. Ultimately, we’re all stuck between a rock and a hard place, bruh. By and by, something needs to happen soon, son. If it doesn’t, we could be facing an economy worse than the Great Recession AND the Great Depression, man. At the end of the day, I truly hope that I’m wrong about this. That is all. LC out.

What’s good, brethren? On this episode of Soul Claps, Randi B. and I talk about Peter Navarro‘s dumbassery regarding the coronavirus, the French doctors who want to test vaccines in Africa and Donald Trump‘s disrespect of Yamiche Alcindor. Check it out on YouTube below, fam. Let’s get the proceedings proceeding. Yessir!

So, here we are, son. Another day and another failed attempt to book Tony Ferguson versus Khabib Nurmagomedov. I mean, maybe I’m a fool, but I really thought it was going to happen this time, man. Like, for ONCE, both athletes are healthy and didn’t have to pull out for personal reasons. But, the coronavirus happened, and now Khabib is “trapped” in Russia. Meaning, for the fifth time, the bout between him and Ferguson has been cancelled. With all of that being said, we need to thank the Lord for Justin Gaethje, fam. On a few weeks notice, he’s decided to take on Ferguson for the Interim UFC Lightweight Championship.

Ok, for those who are unaware, despite the world being at home, Dana White and company are moving forward with UFC 249. Now, at this point, I have no idea where this card is taking place. Shit, there are reports that White got an entire island just to have this event. In any case, I can tell that he’s trying to overload our senses to make up for all of the cancelled events. As of right now, UFC 249 is going to host Ferguson, Gaethje, Francis Ngannou, Rose Namajunas and Greg Hardy‘s bum ass. But, it’s clear that Ferguson is the focal point of this show. Hell, it’s fucked up, but he’s out here trying to win ANOTHER interim title.

All I know is, as much as I like Gaethje as a fighter, I really hope that he doesn’t win. Bruh, I can’t live in a world where Ferguson and Khabib don’t fight, son. Frankly, they’re the two most dominant Lightweights in UFC history and they NEED to scrap, man. The truth is, I’m pissed off at Khabib for dropping out, fam. Real talk, he’s buddies with Vladimir Putin, brethren. The way I see it, he could convince Putin to take a private jet to rumble with Ferguson. In my eyes, if he’s really the best, then he needs to prove it against Ferguson.

In the end, there’s nothing else to say, son. Ultimately, I’ll be here for UFC 249. By and by, I just need Ferguson to prevail, man. So, I need the MMA gods to get this one right, fam. At the end of the day, Ferguson MUST fight Khabib. It’s a fucking must, bruh. That is all. LC out. 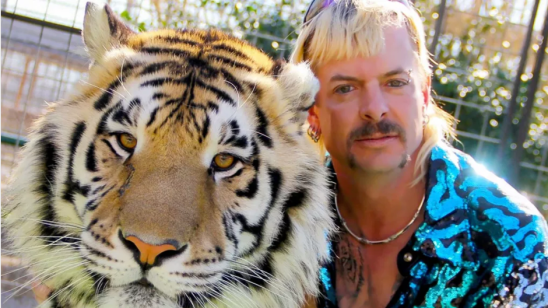 So, I won’t lie, son. On the real, I, along with most of America, spent a good portion of my quarantine time watching Tiger King: Murder, Mayhem and Madness. Anyway, I’m not one of those people who thinks that Joe Exotic shouldn’t be in prison. I mean, regardless of whether or not he really tried to kill Carole Baskin, he still unlawfully sold tiger cubs and killed older tigers. But, I truly don’t understand how no one else is in prison, man. Like, damn near everyone in that series did copious amounts of illegal shit, fam.

Look, let’s just go down the line, bruh. First, Baskin absolutely killed Don Lewis, her “missing” ex-husband. Son, she literally joked that the only way to get a tiger to eat someone is to cover them in sardine oil. Sardine oil, fam. Now, I’m no detective, but that sounds like the meanest of Freudian slips, man. In any case, someone needs to seriously look into this woman, bruh. Frankly, I’m glad that the ID Channel is on the case, brethren.

Second, if there was a real plot to kill Carole Baskin, then Jeff Lowe, Allen Glover and James Garretson were DEFINITELY in on it. As a matter of fact, there’s more evidence to suggest their involvement than Exotic. Furthermore, we have verifiable proof that Glover lied during Exotic’s trial. Son, on a wiretap AND on video, Glover admitted that he never made it to Florida to kill Baskin. But, on the witness stand, he said that he went to Tampa on Exotic’s orders. *Sigh* That’s CLEARLY perjury, man. The fact is, if Exotic had an even remotely competent defense team, they would’ve torn Glover to shreds, fam.

All I can say is, every single person in this series is shady as shit, bruh. Also, it’s fucked up that they all turned on Exotic in the end. Hell, EVERYONE testified against that motherfucker, son. Now, I know that Joe Exotic was a bastard, but they all were/are. Real talk, I can’t remember the last time I’ve seen such an unsavory cast of characters, man. Keeping it a buck, they just need to lock all of these heathens up, fam.

In the end, I was thoroughly enthralled by this series, bruh. Ultimately, Netflix dropped that fire at the right time, son. By and by, I just hope that Joe Exotic isn’t the only person who goes down for his shenanigans. At the end of the day, there’s plenty of fuckery to go around, man. The way I see it, all of these animal lovers are out of their cotdamn minds, fam. That is all. LC out.

What’s good, brethren? So, instead of our usual Conversations with Randi B., Randi and I decided to film our discussion and see what happens. Now, for this go-round, we’ve decided to call our little segment Soul Claps. Anyway, on this episode, we talk about Bill Withers, Black culture and (of course) the coronavirus. Check it out on YouTube below, fam. Let’s get the proceedings proceeding. Yessir! 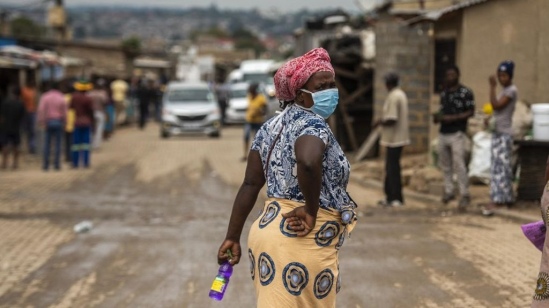 So, let’s skip the formalities and get straight to the point, son. Listen, Africa ain’t no cotdamn testing site, man. Like, these scientists can’t be serious, fam. All I know is, I don’t want anyone telling me that race isn’t involved here. I mean, why else would outsiders want to go to a completely different continent and test experimental drugs on unsuspecting people? The point is, those French scientists better keep their asses in Europe and leave the motherland alone.

Ok, for those who don’t know why I’m mad, Jean-Paul Mira and Camille Locht have lost their fucking minds. Now, while having a debate on French television, these two scientists suggested testing a tuberculosis vaccine in Africa to see if it would work against the coronavirus. To make matters worse, they referenced doing something similar to how testing was originally done for AIDS. Keep in mind, as of right now, Africa is the continent with the least confirmed cases of the virus. So, why in the FUCK would these idiots go there to treat the people like guinea pigs?

Look, since these fuckity-fucks are from France, why wouldn’t they just go to Italy first? Bruh, Italy has the most confirmed deaths from the coronavirus in the world. Also, the United States has the most confirmed cases of the illness around the globe. Lastly, this entire shit started in fucking China. So, why don’t these losers just go to one of those three places? Why go to a place that isn’t nearly as affected and pollute the population? Oh, because it’s just a bunch of Black people, right?

In the end, I’m just fucking disgusted, son. Ultimately, even during times of crisis, people’s prejudice always rears its head, man. By and by, all of these turds need to keep their asses out of Africa, fam. At the end of the day, folks need to treat the people who need it the most. All I can say is, my African brethren aren’t lab rats, bruh. So, knock it the fuck off, people. That is all. LC out.

Look, man. 2020 needs to chill, son. I mean, how many more things can go drastically wrong, fam? At this point, we’ve all been so consumed with the coronavirus that some of us have forgotten that other things are also happening out here. With that being said, I want to say rest in peace to Bill Withers. All I know is, he was responsible for some of the most poignant lyrics ever committed to tape.

Ok, for those who are unaware, the legendary Bill Withers died on Monday from heart complications. Now, even though I’m in my mid-30s, as a songwriter, I used to study the hell out of this man. Like, he always did a great job of writing records that spoke to real human experiences. Shit, as proud of a Black man as he was, his songs could be universally appreciated by everyone. The truth is, that’s a talent that the vast majority of songwriters will never have. So, we need to acknowledge our outliers while they roam the Earth, bruh.

In the end, I don’t even know what else to say, son. Ultimately, I just want to thank Bill Withers for everything he’s accomplished. By and by, I’m sure that most of us are familiar with his biggest songs. However, I’m going to post all of them anyway, man. At the end of the day, Bill Withers is a cotdamn GOAT, fam. Let’s all celebrate him and his work. That is all. LC out.

I Can't Be Famous
Blog at WordPress.com.