Being real, I’m going to keep this post short today, man. Honestly, I don’t have much to say, son. I’m just happy that some level of justice has been achieved. Now, before I continue, I think it’s a damn shame that this Walter Scott/Michael Slager situation has come to this. I mean, Slager’s bitch ass should’ve been convicted during his trial. Listen, he shot an unarmed Black man while he was running away and planted a taser near his dead body. Look, man, it doesn’t get any worse than that, fam. With all of that being said, I will gladly accept Slager’s plea agreement. In any case, let’s just hope his sentencing is appropriate.

Now, for anyone who missed it, Slager, the officer who killed Walter Scott, took a plea deal in lieu of a new trial. Ultimately, he’s agreed to plead guilty to willfully using excessive force to deprive Scott of his civil rights. To put this into perspective, this charge carries the weight of a second-degree murder charge. So, Slager could end up with life in prison. Look, all I know is, that’s EXACTLY what he deserves, man. At this point, any type of lenient sentence would be a slap in the face of Scott’s memory and his family. All in all, Scott was murdered in cold blood and deserves to be avenged. Hopefully, this deal is a step in the right direction.

In the end, I’m still on the “fuck Michael Slager” bandwagon, son. If it wasn’t for his callous actions, Walter Scott would still be with his family. Listen, a traffic stop shouldn’t have ended with him losing his life. From this point forward, I just pray that Slager rots in the dirtiest depths of prison. LC out. 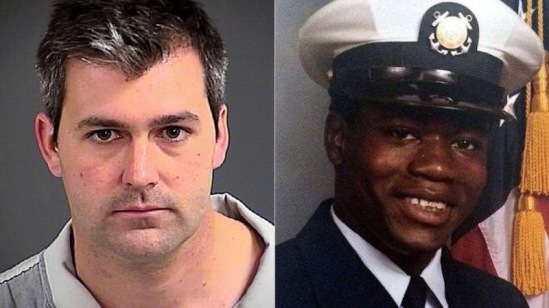 So, if White people don’t understand why Black people don’t trust the justice system, look no further than Michael Slager. This man is the coward cop who shot Walter Scott in the back while he was running away AND planted a taser near his dead body. Look, it’s hard enough getting our killers to stand trial, let alone getting a conviction. Now, after Friday‘s mistrial in Slager’s case, Black people have yet ANOTHER example of how the system doesn’t protect us. Seriously, what does it take for our murderers to suffer the consequences of their actions?

As a refresher, in April of last year, Slager pulled Scott over for a broken brake light. From there, Scott fled, an altercation ensued when Slager caught up to him, Scott ran away again and Slager pumped five shots into his back. To make matters worse, after Scott’s body hit the ground, Slager picked up his deserted taser and placed it near the deceased Scott. Now, how do we know all of this? Because someone was filming the episode on his phone. At first, Feidin Santana, the man who took the video, didn’t come forward because he feared retribution. He eventually spoke up when he realized the authorities were lying about the events that led to Scott’s death.

Fast forward to Slager’s trial, this punk ass officer decided to take the stand in his own defense. Behind a myriad of crocodile tears, he tried to convince everyone that he feared for his life and that Scott still posed a threat, despite being 18 feet away and running in the opposite direction. Even after prosecutors pointed out the fact that Scott was unarmed and WELL out of reach, Slager still maintained his bullshit story of being in danger. To add insult to injury, Slager talked about how this incident has ruined the lives of him, his family and Scott’s family. Well, maybe if this clown wasn’t so fucking trigger happy in the first place, Scott’s family wouldn’t be suffering this pain.

With all of that being said, and with all of the evidence against Slager, one juror refused to convict him. In a statement released after the mistrial was announced, the juror said “I cannot and will not change my mind.” So, I have a few questions for that fucking juror? What other possible evidence would have been needed to garner a conviction? There’s a fucking video of the incident and that’s not enough?! Slager, after watching the aforementioned video, even admitted on the stand that Scott was unarmed and running away. That’s not enough?!?! There was even the option to convict him of manslaughter instead of murder? You couldn’t do that either?! What. The. Fuck. Man?! I’m literally at a loss for words here. At this point, I’m convinced God himself would have to come down from Heaven and say “Slager killed him.” Even then, that might not be enough to get a conviction.

In the end, THIS is why Black people don’t trust the system. THIS is why we say it’s rigged against us. There is literally NO justice for our people. Even during the rare times our murderers are forced to stand trial, they’re never punished. Yes, Slager will be tried again, but excuse me if I’m not convinced the system will work the next time around. It never does, son. It never does. I’m out.

Here we go again. Here we fucking go again, man. Right on schedule, here come the authorities with their latest attempt to murder a Black homicide victim for the second time. First, they kill us with their bullets and then they kill us with their accusations. I guess it’s not enough to just destroy us physically. Naaaah, they also need to destroy our image and disgrace our memory. Well, all I know is, I’m fucking tired of the character assassination of our Black murder victims.

So, while I’ve already spoken about the unjustified shooting of Terence Crutcher, I now want to talk about the latest “developments” from the police. Now, I put “developments” in quotations because it’s a FACT the police have a habit of lying about case details. Don’t believe me? Just look up the police report about Crutcher’s death and compare that to what we all saw on the video. Their words say he was non-compliant while our eyes see a man with his hands up. If that’s not enough, how about the recently unearthed video of a St. Louis cop planting a gun on a man he just killed? This happened back in 2011, man. That’s five years of that police department lying about what happened to that victim. With that being said, I treat police reports like the Boy Who Cried Wolf. The only difference is, the boy in this situation gets to keep on lying with impunity.

In any case, the latest news from the police is that they found PCP in Crutcher’s car. From what I can gather, this tidbit is supposed to give credence to Officer Betty Shelby’s story that Crutcher was “on something” and disobeying orders. Man, you can miss me with ALL of that fuck shit, son! Let’s be really clear here, bro. The cops are only bringing up the idea of PCP as a way to justify the shooting of this unarmed man. We already know he was unarmed because the police chief said that on the FIRST DAMN DAY! Now, here’s the REAL problem with this tactic: WE ALL SAW THE FUCKING VIDEO, MAN! Regardless of whatever tall tale the cops try to spin about his demeanor or behavior, there are MULTIPLE camera angles showing him with his hands up. So, in the end, all of their fairy tales don’t matter. A man can’t be a threat if his hands are in the air. Period.

Time after time after time we have to deal with the denigration our people. In addition to the claims of PCP, I’ve seen articles about how Crutcher had a run-in with the law in 1996 and also had traffic violations. Is that enough of a reason to shoot an unarmed man? Once again, detractors try to distract us from the facts in an effort to dehumanize someone who can’t defend themselves. I’ve seen the same thing done to Alton Sterling, Eric Garner, Walter Scott and countless others. They dig in peoples’ pasts to try and sully their names. This way, naysayers can rationalize the blood on the ground. They attempted to do the same thing to Philando Castile with news of his marijuana smoking, but his school community wouldn’t allow it. They admirably came to his defense.

All in all, devaluing Black lives has been standard protocol in this nation since its inception. From slavery to Jim Crow to blackface, it has always been a common practice to negatively depict Black people. It makes the narrative of why they “had” to kill us that much easier to explain. With that being said, I guess the cops really are just doing their jobs. That is all.