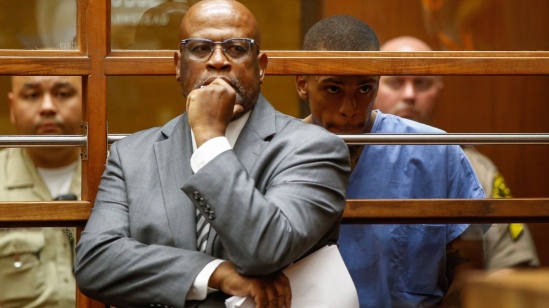 So, I’m going to try to keep this post short today, son. Frankly, I just want to proclaim that Christopher Darden is a clown, man. He was a clown in 1994 and he’s still a clown in 2019. On the real, I don’t care to hear the reasons why he’s defending Eric Holder. All I can say is, I hope he botches the case like he botched the O. J. Simpson trial. At this point, I only want justice for Nipsey Hussle, fam.

Ok, before I continue, let me be honest, bruh. Listen, a lot of this story doesn’t add up, B. So, let me attempt to make sense of this timeline. Now, Holder is seen having a conversation with Nip. Then, he leaves, comes back with a gun and starts firing. Next, he doubles back two more times and fires more shots into Nip. Days later, he’s apprehended by the police at a mental health facility. Finally, he’s now being represented by Darden. Fam, am I the only one who thinks that’s sketchy as shit? Nah, there’s something fishy in the water and I don’t like it at all, son.

In any case, I’m interested to see how Darden is going to try to spin this, man. The way I see it, he only has two options: self-defense or insanity. Based on the footage outside of Nip’s store, I don’t see self-defense working in the slightest. So, insanity is the only real play here. But, good luck with that, fam. It definitely seems like Holder had/has all of his facilities intact, bruh. So, I hope the judge throws his dumbass under the jail, brethren.

In the end, fuck Eric Holder and fuck Christopher Darden. Ultimately, that loser needs to pay for his actions, son. By and by, it’s time for Darden to do the Darden. Yeah, go ahead and fuck up this case, man. At the end of the day, we need him to fail again so Holder can go to prison for the rest of his life. That is all. LC out. 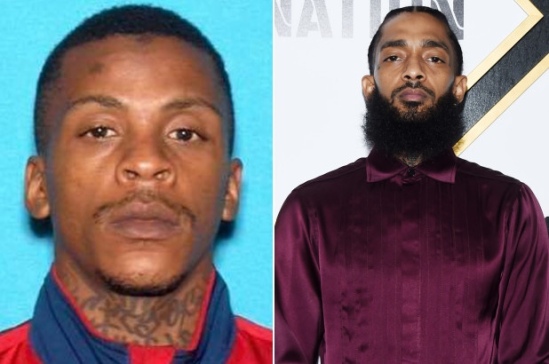 So, let me get straight to the business, son. Fuck Eric Holder, man. I mean, it’s bad enough that he took Nipsey Hussle’s life. But, it’s even worse to know that it was seemingly over something so meaningless, fam. Now, based on the type of life that Nipsey led, I know that some people want to believe in conspiracies. However, it really does seem like he was killed by a loser with no morals. All in all, Nipsey Hussle didn’t deserve to die such a senseless death, bruh.

Ok, for those who don’t know the backstory, I’ll try my best to explain it. Now, Nipsey was a member of the Rollin 60’s Neighborhood Crips. Shit, if anyone heard any of his records, they’d know that he frequently made references to his upbringing, son. In any case, Holder, also known as Shitty Cuz, was another member of that particular set. Meaning, him and Nipsey knew each other. Apparently, Holder and Nipsey had a couple of conversations outside of Marathon Clothing before Holder came back shooting. Word on the street is, Nipsey originally tried to dismiss him due to Holder’s alleged history as an informant.

In any case, as of today, Holder is in custody. Based on reports, he was picked up by the police outside of a mental health facility. Side note, I really hope Holder doesn’t try to use the “I’m not fit to stand trial” defense. Nah, fam, he needs to own up to the bullshit he did, man. On the real, he took away a father, a businessman and a musician for no justifiable reason, bruh. Frankly, I hope that shit eats at him for however long he has left on this Earth, son.

In the end, rest in peace to Nipsey Hussle. Ultimately, that will continue to be the real story here. By and by, he was a man who was trying to make a real difference in his community. Hell, even the police department was shocked by his murder, man. At the end of the day, that’s how we know he stood for something positive, fam. That is all. LC out.