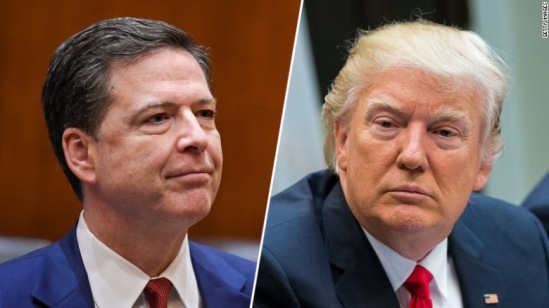 Now, I don’t know about anyone else out there, but I’m exhausted, son. I’m completely tired of the constant barrage of fuckery, man. Day after day after day, the American people have to deal with new levels of tomfoolery and idiocy. At some point, our backs are going to break from trying to stay afloat in the Donald Trump era. All in all, I can only hope that the end is near, fam. *Sigh* I can only hope, son.

So, I’m here today to talk about the latest development in the back-and-forth between Trump and James Comey. Apparently, back in February, when Comey still ran the FBI, Trump asked him to stop investigating Michael Flynn. To be fair, Trump didn’t ask him in those exact words. Instead, he told Comey that he hoped he would just “let it go.” Ultimately, we’re aware of this exchange because Comey kept detailed memos during his tenure with the Bureau.

Ok, keep in mind that Flynn is in trouble for lying about his communications with Sergey Kislyak, the Russian Ambassador. Keep in mind that Sally Yates warned Trump about Flynn’s dealings and noted that he could be blackmailed by the Russian government. With all of that information, Trump still urged Comey to look the other way when it came to Flynn. Now, why the fuck would he do that, man? On the real, why is Trump trying to circumvent justice in the name of a disgraced government employee?

Man, this is now the second time that Donald Trump has tried to interfere with investigations, fam. As of now, we all know that Comey was fired as FBI Director because he was looking into possible collusion between Trump’s administration and Russia. Now, we’re getting wind of the fact that Trump tried to dissuade Comey from looking into Flynn’s wrongdoings. *Sigh* I mean, what the actually fuck, man? Seriously, what in the fuck is really happening around here, son?

In the end, is the GOP going to continue to allow Trump to behave this way? Listen, he’s making an absolute mockery of our government. All I know is, his nonsense is past all of this bipartisan bullshit, son. Our own president is acting like a fucking criminal, man! Enough is fucking enough, fam! This clown needs to be impeached ASAP! By and by, nothing else will suffice. LC out. 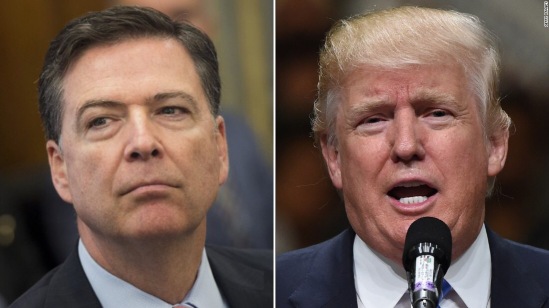 Son, what the fuck is going on right now? Like, Donald Trump and company must really think we’re stupid, man. Then again, he was actually voted into office, so the American people are clearly stupid. In any case, there is no way, NO WAY that someone can convince me that James Comey’s firing was justified! I mean, this entire situation reeks of insidiousness and underhanded behavior, fam. Look, no Earthly creature can tell me that this decision wasn’t related to Comey’s investigation of the Trump administration. With that being said, we need to figure out this Russia connection before it’s too late.

Now, before I continue, let me be clear on one particular point: I don’t like James Comey. Listen, even though Hillary Clinton’s campaign made NUMEROUS errors, the fruitless FBI investigation into her emails ended up hurting her electability. Bruh, Comey reopened the investigation TWO WEEKS before people went to the polls! To make matters worse, the Feds weren’t even looking at her emails directly. They were probing through the emails of Huma Abedin, Clinton’s right-hand woman. In the end, what results did this investigation yield? NOT A FUCKING THING, MAN! So, ultimately, Comey royally screwed Clinton.

Moving on, this is exactly why the White House’s explanation for firing Comey doesn’t make sense. All in all, everything I just wrote in the last paragraph happened in the summer and fall of 2016. If Comey was such a liability, why didn’t they fire him as soon as Trump took office? As a matter of fact, as recently as January, Trump said that Comey would keep his job. There were literally no new developments in the Clinton saga, so how could that be the reason for relieving him of duty? Nah, son, they decided to fire Comey when he announced an inquiry into the links between Trump’s administration and Russia. The timeline is clear as day, son. So, miss me with the bullshit misdirection, man.

By and by, we’re witnessing something EXTREMELY dangerous right now. Look, it’s only been a couple of months and Trump has already set the precedent of firing people who question him. He fired Sally Yates for refusing to enforce the Muslim Ban. He fired Preet Bharara for investigating questionable decisions by members of Trump’s team. Now, he fired Comey. Fam, this isn’t a fucking television show! This man can’t just fire people for ratings. Ultimately, all of these actions could have scary consequences for our democracy. All I know is, a reality star has turned our country into a terrible reality show. LC out.

P.S. For anyone who doubts my logic here, just think about the fact that Jeff Sessions was the man who suggested removing Comey. Lest we forget, Sessions had to recuse himself from the Russia investigation because he was balls deep in the fuckery. So, tell me again how all of this isn’t related? Yeah, I thought so. That is all.

Man, Michael Flynn is the gift that keeps on giving, huh? I mean, this dude’s fuckery is slowly bringing everyone down, son. At this point, the government may need to just quarantine him away from the general population. His tomfoolery is taking over people like Agent Smith in The Matrix. Ultimately, all I know is, Barack Obama and Sally Yates tried to warn Donald Trump about Flynn. If only President Tangerine listened.

So, now that the investigation into Flynn is picking up, we’re all learning new information about this situation. Apparently, when Obama had his transition meeting with Trump back in November, he told Cheeto-In-Chief to stay away from Flynn. I mean, lest we forget, Obama previously fired Flynn as the head of the Defense Intelligence Agency. As someone with basic common sense, if a predecessor gave me that type of warning, then maaaaybe I’d actually give his word some credence. However; I’m forgetting that we’re talking about Trump here.

Now, to add fuel to the fire, Sally Yates recently testified that she also warned Trump about Flynn. According to Yates, roughly a week into Trump’s presidency, she told him about Flynn’s correspondence with Russian operatives. Moving on, even with that knowledge, Trump STILL kept Flynn onboard for another three weeks. In actuality, Flynn wasn’t officially fired until Mike Pence got embarrassed for incorrectly downplaying Flynn’s actions in Russia. All in all, people had to start looking stupid for Flynn to get canned.

In the end, I don’t feel sorry for anyone here. Trump’s entire administration was told about Flynn and they still did nothing. As of now, Flynn is probably going to jail and I bet he’ll start snitching, son. Shit, all of these high-ranking officials better protect their necks, man. Indictments hit like spiked bats, fam. By and by, good riddance to all of them. LC out.