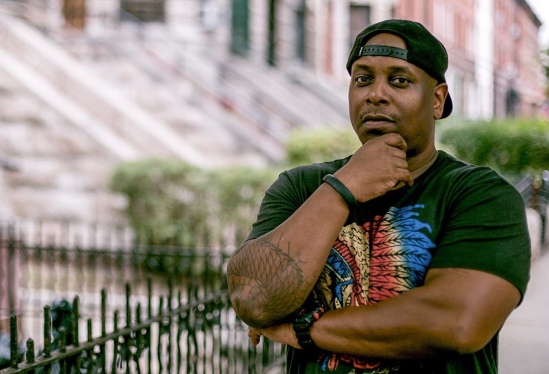 So, for those who don’t know, I’m a big podcast guy, son. Like, for someone who’s a musician, I spend waaay more time listening to podcasts, man. In any case, out of all of the podcasts in the known universe, the Combat Jack Show is always one of my go-to listens. With that being said, I’m sad to hear about the death of Reggie Ossé aka Combat Jack. Now, while I was aware of his cancer diagnosis, I didn’t expect him to go so soon, fam. All in all, Rest In Peace to one of Hip Hop‘s podcast pioneers, bruh.

Ok, back in October, Jack came out of the blue and told the world that he was recovering from colon cancer surgery. At the time, that news was shocking because us fans didn’t know he was sick. Anyway, in my eyes, even though I’ve personally seen the affects of cancer on loved ones, I thought Jack was going to be alright. Now, my sentiments were mainly based on Jack’s own demeanor. I mean, even though he knew he was in a precarious position, he still had a good attitude about everything. Real talk, he refused to let the cancer dim his light, son. All I know is, his outward composure was commendable as fuck, man.

Moving on, although Jack is now gone, his influence can’t be denied, fam. Listen, outside of his history as a prominent lawyer in Hip Hop, he founded one of the culture’s most recognizable podcast brands, fam. Hell, as of right now, who isn’t on the Loud Speakers Network, bruh? Currently, they have The Read with Kid Fury and Crissle, The Brilliant Idiots with Charlamagne Tha God and Andrew Schulz, Lip Service with Angela Yee and many more. In addition, they also had Tax Season with Taxstone before his unfortunate legal situation. Now, when I add on Mogul, his Chris Lighty documentary on Spotify, it’s clear that this man had a MAJOR impact on the zeitgeist, son.

In the end, shout-out to Mr. Ossé for everything he’s accomplished, man. Ultimately, I hope he realized his impact while he was here, fam. By and by, he was a real torchbearer for Hip Hop and that should never be forgotten. Once again, RIP to Combat Jack. LC out.