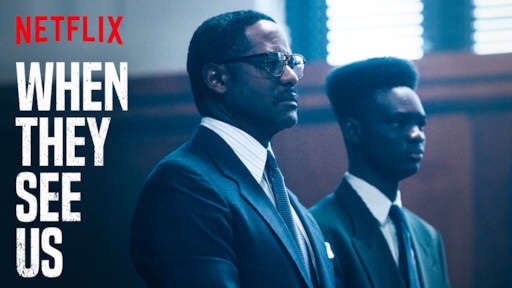 So, I want to take this time to be honest, son. On the real, I haven’t watched Ava DuVernay‘s When They See Us yet. Frankly, my spirit can’t take it, man. Like, the Central Park Five case makes me mad, fam. I mean, REALLY mad, bruh. Shit, my wife damn near had to force me to watch Ken Burns‘ documentary, y’all. The fact is, so many things that minorities fear about the justice system are wrapped up in this case, people. All in all, New York City stole the youth of five innocent men.

Now, before I continue, let me say that I’m not going to explain the entire case here. Hell, that’s what DuVernay’s Netflix series is for, son. However, I just want to touch on some of the shenanigans that caused these young men to lose themselves. First, there are the “confessions.” Real talk, the police department put the fear of God in a group of teenagers, man. The truth is, the cops scared a bunch of Black kids into admitting to a crime they flatly didn’t commit.

From there, the prosecutor, Linda Fairstein, did her best to railroad these young men. Despite the fact their “confessions” didn’t add up, she fucked them. Despite the fact they had alibis, she fucked them. Despite the fact their DNA didn’t match the culprit, the District Attorney‘s office STILL burned them at the stake. To make matters worse, even after Matias Reyes, the real rapist, admitted to the crime, authorities CONTINUE to claim the Central Park Five were responsible. Look, Reyes’ DNA proved he was the offender, yet Fairstein and company REFUSE to acknowledge the truth. Side note, don’t get me started on Donald Trump and all of his racist “bring back the death penalty” bullshit. All I know is, this case makes my soul hurt, fam.

In the end, I do believe everyone should watch this series, bruh. Ultimately, I’ll most likely end up watching it too. By and by, I just need to mentally prepare myself, son. At the end of the day, these are the perils that people of color have to deal with in this country, man. *Sigh* It’s just incredibly draining to constantly go through the nonsense, fam. That is all. LC out.

P.S. New Yorkers have plenty of reasons to shit on Bill de Blasio, but at least he gave the Central Park Five their money, bruh. Keeping it a buck, Michael Bloomberg is permanently on my shit list for fighting that settlement, son. Good day.