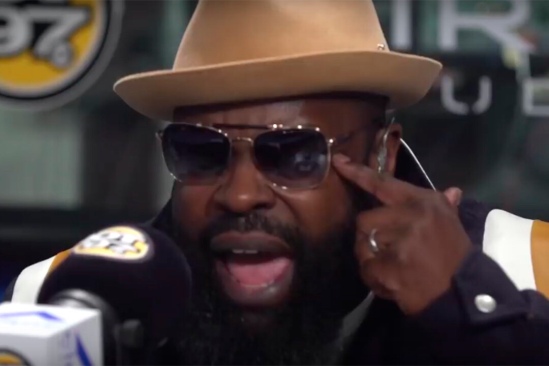 So, I’m a firm believer in giving someone their flowers while they can smell them. With that being said, let’s talk about how Black Thought is one of the greatest rappers of all time. Keep in mind, I’m not just saying this because he went hamburger while freestyling for Funkmaster Flex on Hot 97. Nah, I’ve known about Thought’s prowess for like 20 years, son. Frankly, I’m just happy that folks are finally starting to catch up, man. All in all, Black Thought has been a better emcee than all of us for a long, long, LONG time.

Ok, before I continue, let me talk about my personal fandom of Black Thought. Now, at this point, everyone out there should know that I make music. Hell, in 2017 alone, I’ve dropped 15 songs on this very blog, fam. In any case, I’ve also mentioned the fact that I was in a band during my college years. Truth be told, The Roots were a MAJOR influence on the music we made as a group, bruh. On the real, outside of the virtuosic rapping, their Jazz-influenced compositions were a template for what my band, Melodesiac, could accomplish. Needless to say, Black Thought, Questlove and the rest of The Roots set the bar for live Hip Hop.

Now, I say all that to say that Thought has been the man since the early 1990s. Real talk, when I first heard “Proceed,” I knew that dude was different, son. Also, he continued to grow with each album. Keeping it a buck, anytime I thought he couldn’t get better, he did, man. He was better when “Concerto Of The Desperado” dropped. He was better when “Ain’t Sayin’ Nothin’ New” dropped. Shit, he was better when “Thought @ Work” dropped. Basically, he’s never slowed down, fam. I mean, he’s been a lyrical genius every step of the way, bruh.

Listen, with all of that being said, he absolutely blacked out on Hot 97, son. Fuck, he completely mangled Mobb Deep‘s “The Learning (Burn)” beat, man. Look, he started rapping as soon as the snare hit and he didn’t stop murdering shit for 10 minutes, fam. Keeping it a buck, I won’t even disgrace the man and try to quote any of his lines. All I know is, everyone out there should watch the massacre for themselves, bruh. By and by, THIS is how a rapper is supposed to rap, folks. All I can say is, I don’t want to hear anything to the contrary.

In the end, viva la Black Thought! Ultimately, everyone should take a second and watch the video below. As of now, nobody out there can claim ignorance about the ability of this man. Ok, yeah, some folks may recognize him because of Jimmy Fallon, but give this dude his proper respect, son. From what I see, legends never die and skills never diminish, man. That is all. LC out.