So, let me keep it a buck, son. Honestly, I don’t know enough about this situation to make a judgement, man. I mean, Jon Jones could be up to his usual shenanigans or he might be innocent. Frankly, I don’t know, fam. All I can say is, if Jones is guilty of the latest charge against him, then that better be it, bruh. Like, how many chances can one man get, folks? Seriously, if he committed this offense, Jones needs to finally be shunned, brethren.

Ok, for those who missed it, Jones might be in trouble again, son. Now, apparently, Jones was in some New Mexico strip club back in April. Anyway, a waitress alleged that he pulled her down to his lap, kissed her neck, put her in a chokehold and lifted her off of the ground. From there, she stated that he continued to inappropriately touch her until he decided to leave the club. Moving on, I have no insight into whether this incident actually happened. All I know is, this dude just can’t seem to stay out of shit, man.

Now, let’s be real, fam. Shit, Jones has a loooooong history of doing the wrong thing, bruh. Outside of the numerous failed PED tests and hitting a pregnant woman with his car, Jones also has a documented past with illegal narcotics, son. The point is, a story like this isn’t that far-fetched, man. The truth is, that’s the fucking problem, folks. Frankly, Jones has done so much fuckity-fuck shit, that a situation like this is believable, people. The way I see it, if this woman’s story has merit, then the UFC and the MMA community needs to finally wash their hands of this dude.

In the end, there are certain facts in life, son: water is wet, the sky is blue, Jon Jones is the G.O.A.T. and he stays in some bullshit. Ultimately, I hope this story isn’t true, man, and not because of the fact that I was a fan of this guy. By and by, women don’t deserve to be violated, fam. At the end of the day, Jones needs to stay clear of any place or situation that could get him in trouble, bruh. Hell, hasn’t he done enough tomfoolery already, brethren? That is all. LC out.

So, by definition, “stupid” means showing a great lack of intelligence or common sense. On the real, that’s the best way to describe Jarrell “Big Baby” Miller right now. I mean, this dude has a shot at Anthony Joshua and three of the four major Heavyweight boxing titles and he fucks it up, son. Like, the LAST thing he should want to do is test positive for PEDs, man. Alas, he did and here we are, fam.

Ok, for those who missed it, Miller is supposed to face Joshua on June 1st for the WBA (Super), IBF, WBO and IBO Heavyweight titles. Now, out of all of the major titles, the WBC belt held by Deontay Wilder is the only one that Joshua doesn’t have. With that being said, this is the chance of a lifetime for Miller. Shit, if he won this fight, he’d be well on his way to becoming the undisputed Heavyweight champion. To keep this in perspective, Lennox Lewis is the last fighter to hold this distinction, people. Instead, Miller just popped hot for Cardarine, better known as GW1516.

Now, why in this notable? Because this drug is known to increase people’s aerobic threshold and endurance. The fact is, Miller is well over 300 pounds and tends to gas out in his fights. So, a drug like this would give him an incredible advantage, bruh. Frankly, if he were able to keep his power, but avoid getting tired, he would cause a lot of problems for Joshua. The way I see it, this is a super obvious example of cheating, son.

As it stands, I’m not sure if the fight is still on. Apparently, Joshua is going to fight on June 1st regardless, man. It remains to be seen if Miller will still be his opponent. From what I’m reading, Manuel Charr, the WBA (Regular) champion, might get the call to face Joshua. All I know is, I’d be highly disappointed if that were the case, fam. Like, it’s already bad enough that Joshua and Wilder haven’t fought each other yet. I could’ve at least talked myself into Miller, bruh. Keeping it a buck, I have NO interest in seeing Joshua fight Charr, son. *Sigh* These fighters just can’t get right, brethren.

In the end, FUCK, son! Ultimately, Miller might’ve messed up a dope fight for boxing fans. By and by, I don’t know why fighters still try to cheat, man. At the end of the day, they always end up getting caught, fam. Real talk, VADA needs to just look the other way and let Miller get knocked out by Joshua. That is all. LC out. 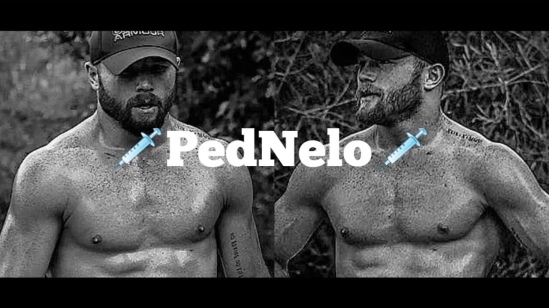 Dammit, Canelo Álvarez! Say it ain’t so, son! Please tell me that Canelo isn’t just another juicer, man! All I know is, his positive drug test better NOT ruin the rematch between him and Gennady Golovkin! Real talk, boxing fans have been waiting for this matchup, fam. With that being said, we need to get to the bottom of this potential scandal ASAP!

Ok, for those who missed it, Canelo just popped hot for a performance-enhancing drug. Apparently, he tested positive for clenbuterol. Now, historically, this substance has been used as a weight-loss drug for bodybuilders and an enhancer for other athletes. Anyway, in response to his positive test, Canelo blamed contaminated Mexican meat. Listen, that may sound like a bunch of bullshit, but he may have a case, bruh. As a matter of fact, back in 2011, the Mexican national football team was also busted for clenbuterol. But, they were later acquitted after the World Anti-Doping Agency determined that the positive tests were caused by bad food.

Now, the problem is, there’s also a history of boxers using this substance fraudulently. For example, Érik Morales, Lucas Browne and Francisco Vargas all served suspensions for clenbuterol use. So, it’s a little hard for me to automatically believe Canelo’s story, son. In my eyes, him using drugs makes sense. I mean, he’s facing GGG, one of the hardest-hitting middleweights in history. Real talk, Canelo doesn’t want to get put on his ass. From that standpoint, he was probably looking for an extra boost, man. Either way, I still want to see this fight, fam.

In the end, Canelo better prove his case, bruh. Ultimately, if this fight gets cancelled, I may have to fight someone myself, son. By and by, I’m getting sick of all of these drug scandals in combat sports. At the end of the day, this nonsense always seems to delay/cancel the fights we want to see. *Sigh* Let’s just get to the boxing, folks! That is all. LC out.