What’s good, brethren? On this (delayed) episode, Randi B. and I were back on Facebook Live talking about the presidential debate, COVID-19 and Breonna Taylor. It evolved into a conversation that included too many other topics to name. Check it out on YouTube below. Let’s go! 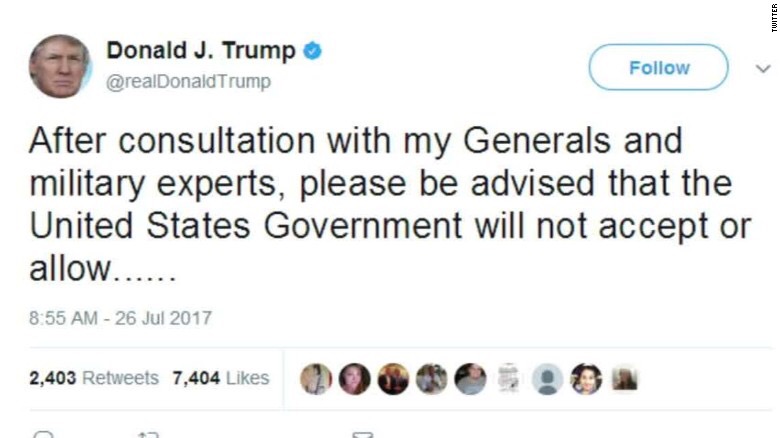 Man, can someone tell me what world I’m living in? Like, I’ve always believed that I live on Earth, but this has to be the Twilight Zone, son. Fam, what the FUCK is happening to this country?! Is Donald Trump serious, people? Is the GOP serious, bruh? What part of the game is telling transgender people that they can’t fight for the nation? On the real, the levels of hate in this administration make my skin crawl, man.

Now, for those who missed it, Trump just tweeted some WILD shit yesterday. Apparently, after speaking with his “generals,” Trump declared that transgender people will no longer be accepted or allowed to serve in the military. According to his logic, our armed services need to focus on “overwhelming victory” and not accommodating their needs. All jokes aside, that’s got to be some of the most hateful rhetoric to ever come from a sitting United States President, fam. This dude just blindly disrespected an ENTIRE group of Americans, son!

All in all, I have a BUNCH of questions, man. First, does he not think that there aren’t already transgender people in our military? Shit, according to statistics, there are roughly 10,000 individuals who identify as transgender on either active or reserve duty. So, did their “medical costs” overwhelm the government before? Did they act as a distraction before? Fuck no, son! This move is nothing more than a pure demonstration of hate. Why is this type of bullshit continually coming from our highest office, fam?

Ok, before I move on, can I backtrack for a second? Now, my memory may be trash, but I’m pretty sure that Newt Gingrich said something similar about women twenty-some-odd years ago. Back then, he claimed that women couldn’t serve because they lack “upper body strength” and would “get infections.” So, basically, the GOP has a looooooong history of hating on anyone who isn’t a straight White man. Keeping it a buck, it just seems to be in their nature, son.

In the end, anytime I think the bar can’t get lower, it does, fam. Real talk, I was blown away by this turn of events, bruh. We’re literally watching an administration that’s built on the oppression of damn near EVERY disenfranchised group. At this point, there’s no justification for being a Trump supporter. I don’t give a fuck how someone tries to spin this, son. If anyone supports Trump, then they support hate. Plain and simple. With that being said, fuck ALL of his proponents, man! Every. Last. One. Of. Them! LC out.