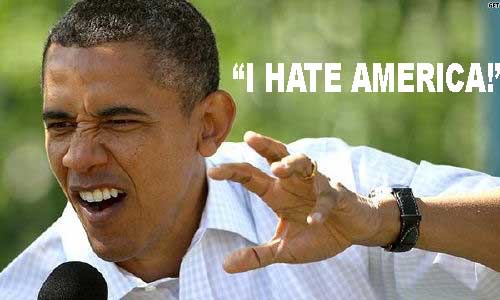 So, I guess it really is over, huh? Barack Obama’s presidency is really coming to an end, huh? Donald Trump is really about to be unleashed on us, huh? Well, since I’m an expert in laughing to keep from crying, I’ve decided to talk about some of the most slanderous moments of Obama’s presidency. Over the past eight years, he’s experienced all types of shade and downright disrespect. As a matter of fact, one of the most egregious examples came from our own President-elect. With that being said, let’s go through some of the most ridiculous things that have happened to our soon-to-be former President.

First, let’s talk about the time Barack and Michelle Obama gave each other dap and the right-wing called it a “terrorist fist jab.” Like, that actually happened, son. Back in June of 2008, while the then-Senator was running his presidential campaign, there was a Fox News panel discussion about his exchange with Michelle. Like, pundits legit sat around a table and tried to decipher giving dap, man. Seriously, I can’t make this shit up, son. Now, I’ve seen and heard plenty of stupid things in my lifetime, but this might be on the Mount Rushmore, bro. Obama’s detractors really tried ANYTHING to discredit this dude, no matter how ridiculous the tactic was. Such is life, I guess.

Next, there was Donald Trump’s eight-year crusade to prove Obama wasn’t born in America. To this day, I have no idea how the “birther movement” grew legs, man. Apparently, official documentation of his birth isn’t enough for idiots to concede the fact that he was born on U.S. soil. To be honest, I’m upset with Obama for even entertaining this foolishness. When he released his birth certificate, I personally felt like he was giving into the bullshit. Bruh, who cares what an orange-faced, fake-haired internet troll has to say? Just handle presidential business and let Trump continue to swim in his sea of nonsense. Then again, let me not say that, because Trump’s nonsense might get us all killed, son. Let us pray.

Finally, how about the persistent rumor that Obama is Muslim? Now, there’s multiple ways to look at this, son. At this point, I think it’s understood that these rumors were circulated to damage his reputation. As we all know, America has made Islam synonymous with terrorism. So, maybe, if Obama is presented as a Muslim, his haters could get him out of office, right?

Well, there’s a couple of ways to look at this. First off, Islam and Islamic radicalism are two different things. I really don’t understand why people don’t understand that. If we’re keeping it real here, in the Middle East, other Muslims are the biggest victims of Islamic radicalism. The right-wing doesn’t talk about that because it doesn’t fit their narrative. Since 9/11, there have been more terrorist attacks in America by White men than Al Qaeda and ISIS combined. However; naysayers remain mum on that issue. Second, our own First Amendment endorses freedom of religion. This constant disrespect to Islam is an affront to the First Amendment, man. In case people forgot, the American forefathers escaped religious persecution in Europe. It’s funny how that’s all folks want to do here now. It makes absolutely no sense, son. No sense at all.

Ultimately, I could’ve talked about a MOUNTAIN of tomfoolery that occurred during Obama’s presidency. Those three examples were just the first three that popped into my head, man. It goes without saying, Obama had to deal with a ton of fuckery during his eight years in the Oval Office. Wait, now that I think about it, I might super glue him to his White House desk so Trump has nowhere to set up shop. I refuse to except a Twitter fiend as my President, son. That’s all I have to say about that. LC out. 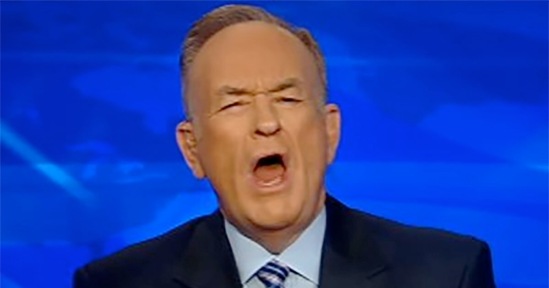 Seriously, Bill O’Reilly? No, seriously, Bill?! Is this guy actually for real with the diarrhea coming out of his God-forsaken mouth? Right when I thought I’ve heard just about every racist statement that could possibly be made, a fool like Bill jumps out of the window and reveals the depths of prejudice I didn’t even think were still possible. With that being said, thank you, Bill O’Reilly, for providing one of the most racist examples of revisionist history I’ve ever heard in my natural life.

Now, for those who missed it, on night one of the Democratic National Convention, Michelle Obama gave a very poignant speech about her view of America, while relating various anecdotes about her family life. In one particular passage, she brought up the fact that her, her husband and their daughters are living in a house that was built by slaves. The juxtaposition of a Black man holding the highest office in this country, when our ancestors were deprived of basic human rights, is nothing short of remarkable.

Not to be left out of this conversation, good ol’ Bill decided to jump into the fray and give Mrs. Obama a different “perspective” on these slaves who helped build the White House. While acknowledging the fact slave labor was indeed used to construct the presidential building, the Fox News “pundit” also noted that the slaves were “well-fed and had decent lodging.” Well, shit, why didn’t someone say this earlier? Being denied your freedom and having your wages given to your slave owners can’t possibly be that bad if the bosses give you a roof over your head. Besides, if these slaves worked besides free Blacks, Whites and other immigrants, who cares if their work was being exploited for the benefit of the very establishment who made it legal to profit off of their pain?

To everyone out there who is reading this blog right now, that statement actually came out of the mouth of someone with a national television show. He literally downplayed slave labor because they had clothing and housing. He even tried adding the footnote that the federal government stopped using slave labor in 1802, which is completely irrelevant because the White House was already finished by then. I’m fucking bewildered, man. It’s beyond disgusting how evil-hearted individuals are actively trying to rewrite the plight of my people. This is just as bad as those baffoons in Texas who tried to label slaves “immigrant workers” in their school textbooks. It’s bad enough we were forcibly removed from Africa and brought to this side of the world to suffer, but now our post-Diaspora ordeal is being reshapen. Let me make this clear to everyone out there: SLAVERY CAN NEVER BE JUSTIFIED!

In the end, I’m not going to sugarcoat this shit at all. Fuck you, Bill O’Reilly. Fuck you, Fox News. Fuck you to everyone who endorses anything this sexual harasser and domestic abuse enthusiast says. I’m already over this entire damn day, son. Goodbye.