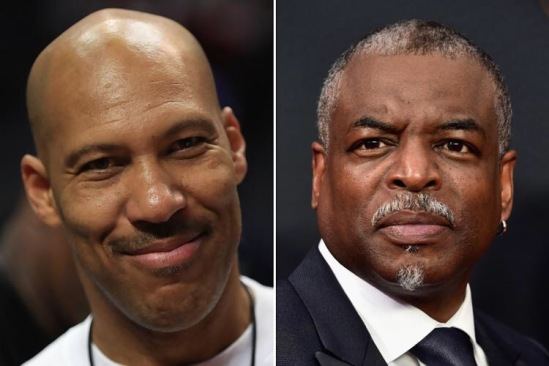 So, I’m going to be honest, son. A lot of times, I don’t know who’s stupider, man: Donald Trump or his supporters. Like, I’ve never seen a group of people more allergic to facts and information, fam. With that being said, this LaVar Ball situation ranks high on the fuckery scale, bruh. Keeping it a buck, it’s not even because of the feud between Ball and Trump. All in all, I need to eviscerate these fucktards for confusing Ball and the legendary LeVar Burton.

Ok, for those who’ve had better things to do, let me recap this entire fiasco. First, things began when LiAngelo Ball and company stole some shit in China. Now, there’s no need to revisit that entire story because I’ve already wrote about it, son. Next, Trump tweeted some shit about getting the UCLA players released. From there, the teammates were allowed to leave the country and Trump came looking for credit. LaVar basically gave 45 the middle finger and they’ve been at a war of words ever since. Side bar, the fucking President is arguing with a basketball dad on Twitter. Just let that sink in, folks.

In any case, since they never want to be left out of the tomfoolery, Trump supporters decided to come to their hero’s aid. Now, here’s where the problems arise, man: they set their crosshairs on the wrong individual! Essentially, over the last few days, they’ve been attacking LeVar Burton on social media. Look, Burton ain’t got shit to do with this, fam! This dude gave us Roots, Reading Rainbow and Star Trek: The Next Generation! Have some fucking respect, people! Shit, I swear I’ve NEVER seen a dumber group of carpetbaggers in my whole life, bruh! They just don’t give a flying fuck about verifiable knowledge, son!

In the end, I don’t even know why I’m surprised, man. Intelligence is simply NOT the calling card of these folks, fam. Ultimately, we need to protect LeVar Burton at all costs, bruh. On the real, that man has dropped too many gems to be disrespected in this manner. By and by, viva la Kunta Kinte! LC out.