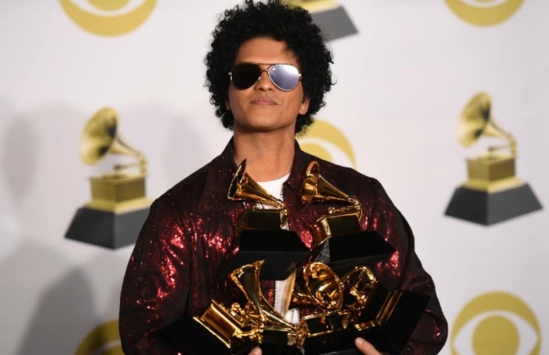 So, let me get straight to the point, son. The hate that Bruno Mars is receiving right now is pure nonsense, man. In my eyes, calling Mars a “cultural appropriator” is inaccurate, fam. From my vantage point, there’s a difference between inspiration and theft. Now, are a lot of Mars’ musical sources identifiable? Absolutely. However; the style of damn near EVERY artist can be traced to some predecessor. With that being said, what’s the real fucking beef with Mars, bruh?

Ok, for those who missed it, let me explain how all of this began. Now, in a video for The Grapevine, writer Seren Sensei went on a tangent about her disdain for Mars. According to her, Mars borrows too much from Black artists and shouldn’t be allowed to get a pass since he isn’t Black. In addition, she believes that he “plays up” his racial ambiguity in order to pull the wool over our eyes. All in all, she went full Super Saiyan on him and I think it’s a bit misguided, son.

Now, to me, a cultural appropriator is someone who doesn’t recognize or admit where they got their style from. By that definition, Mars doesn’t fit the mold, man. Honestly, all that guy does is give credit to the artists who came before him. Real talk, just take a look at his “Album of the Year” speech for 24K Magic at the Grammys. Fam, he literally thanked Babyface, Teddy Riley and Jimmy Jam and Terry Lewis for inspiring him! On top of that, during an interview with Latina, he went into great detail about how all American music has its roots in Black music. So, if he’s actually giving credit to his sources, what’s the fucking problem, bruh?! I mean, are Black people the only ones who are allowed to embrace the Funk?

Look, if anybody doesn’t like Mars’ songs, then just say that, son. On the real, people are 100% entitled to their personal tastes. However; criticizing him for being a cultural appropriator or a vulture is just foolish, man. Real talk, all that dude does is give credit to Black musicians and Black artistry. Shit, just look at his band, fam! It’s literally nothing but Black and Brown players! What the hell else do people want, bruh?! In my eyes, this entire debate is fucking stupid, folks. At the end of the day, baseless accusations and name-calling won’t stop me from enjoying his discography.

In the end, let’s just chill out with the tomfoolery, son. Ultimately, we all have a choice, man: we can either enjoy Mars’ music or not. However; no one should be judged for digging his songs. By and by, the man is inspired by Black music and makes no secret of it. So, if he’s actually tipping his hat to his musical forefathers, then no one out there has a credible beef, fam. That is all. LC out.