*Sigh* So, despite the fact that Donald Trump is no longer in office, we’re still feeling the effects of his Goof Troop. I mean, let’s be clear, son: idiots like Marjorie Taylor Greene have been given a platform because of the dystopian world that Trump has championed. The fact of the matter is, Greene should’ve never been let anywhere near our legislative body. Shit, her position is not only an indictment on her, but an indictment on all of the dumbasses who voted for her. Then again, what should I have expected from the people who allowed Trump’s rise in the first place?

Ok, for those who missed it, House Republicans are gearing up to vote on whether Greene, a Georgia representative, should keep her committee assignments. Now, this debate comes after people started discovering the outlandish shit that this woman believes. Like, there are conspiracy theorists and then there’s Marjorie Taylor Greene. For God‘s sake, she doesn’t just co-sign one looney tunes idea, she pushes ALL of them, man. Hell, I don’t even know where to begin, fam.

For starters, she’s a full-blown QAnon disciple. Now, for those who don’t know what that is, it’s a theory that a secret order of Satanists, pedophiles and cannibals were working to remove Trump from power. Essentially, it’s Pizzagate on human growth hormone. Side note, Pizzagate was THOROUGHLY debunked. In addition, Greene believes that Muslims shouldn’t be allowed to serve in government. To further that point, she tried to get Ilhan Omar and Rashida Tlaib to retake their oaths on the Bible instead of the Quran. Furthermore, Greene believes that the mass shootings in Sandy Hook, Parkland and Las Vegas were fake, that Democrats in power should be executed and that the California wildfires were caused by a Rothschild-sponsored space laser. Yes, a space laser, brethren.

Now, here’s my thing: all of this shit would be hilarious if she didn’t hold a public office. Like, motherfuckers actually voted for this nutcase, bruh. Even worse, the GOP STILL won’t really condemn the shit that she’s saying. Instead, they considered stripping Liz Cheney of her power for agreeing with Trump’s impeachment. As fucked up as it is, President Orange still has a hold on that fucking party and I don’t understand it, son. I really, really don’t.

In the end, America is still out here operating like a wasteland. Ultimately, a new president doesn’t alleviate the issues that are affecting this nation. By and by, even in a loss, 75 million Americans voted to continue to the chaos. At the end of the day, I still don’t have a ton of hope for this country’s direction. Then again, did I ever? That is all. LC out. 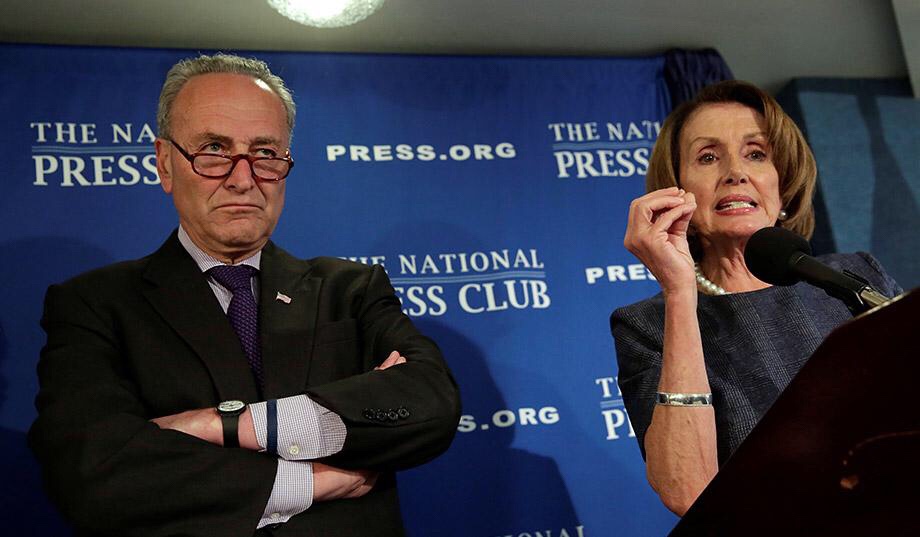 So, I won’t lie, son. This post may not be popular with a number of people, man. In any case, I wouldn’t be me if I didn’t keep it a buck, fam. With that being said, can we be honest for a second? Look, the Democrats fucked up, bruh. Listen, as the child of immigrants, I’m ALL about securing a place for people under DACA. However; a deal should not come at the expense of American citizens. All in all, fuck being politically correct, bruh. The bickering between Democrats and Republicans are affecting people’s lives, folks. This government shutdown is completely unnecessary.

Ok, before I continue, let me tell everyone a quick story. In 2013, I, along with a bunch of other people, was laid off by Citigroup. Moving on, because of my years of service, I was given a decent severance package and granted unemployment. Now, keep in mind, there was also a government shutdown that year. Because of this, my unemployment benefits were delayed for either two or three weeks. All I know is, that was a ROUGH period of time as an out-of-work dude with one child and a second one on the way.

Now, I told that story because I want people to understand some of the effects of a government shutdown. Look, outside of my situation, A LOT of folks are hit when things like this occur. Shit, just take a look at how many federal employees are furloughed while Congress fights amongst itself. Hell, it’s even more fucked up that our senators and representatives are STILL paid while the tomfoolery continues. All I can say is, there are REAL ramifications to a shutdown, son.

Look, I don’t want people to get my words misconstrued. I ABSOLUTELY want our DACA brethren to stay in the country. But, a few hundred thousand people shouldn’t potentially affect the lives of millions. Ok, yes, they’re on this land through no fault of their own, but the lives of citizens should take precedent, man. To make matters worse, Donald Trump and company are now pitching the idea of enabling the “nuclear option.” Meaning, they would change the rules so only 51 votes are needed to pass legislation instead of 60. By and by, since there are currently 51 Republicans in the Senate, they could essentially pass any bill they wanted, fam.

In the end, I just want people to be open-minded, bruh. Ultimately, I’m not a guy who’s only capable of seeing one side of an argument. It’s possible for me to want immigrants to stay AND to want the government to keep running. All in all, I just want folks to be honest about what’s happening around here. The Democrats just wanted to stick it to the Republicans and the plan backfired, son. Hopefully, the shutdown will end before more harm is done, man. That is all. LC out.