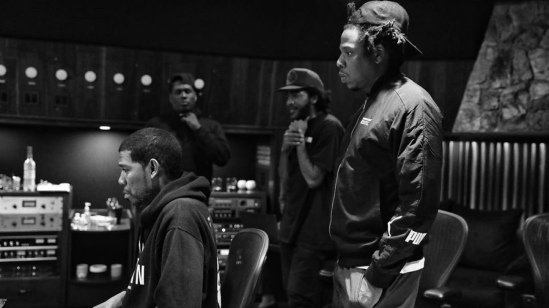 So, I won’t lie, son. On the real, I haven’t written a lot in the last week because of the fallout from the coronavirus. I mean, I’ve been working from home, my kids ain’t got no school and I’ve been grocery shopping in order to combat all of the people who are panic-buying toilet paper. All in all, shit is wild out here, man. But, through all of the shenanigans, I did get a chance to listen to Jay Electronica‘s debut album, A Written Testimony. The way I see it, Jay-Z washes him on damn near every song, fam.

Ok, for those who missed it, after about a decade of delays, Jay Elec FINALLY released an album, bruh. Now, if I’m being honest, NOTHING about this project is what I expected, son. First, on a 10-song project, Hov is on eight of the records. All I know is, that’s fucking weird for a debut album, man. Side note, I know that Ghostface Killah is on almost every record on Raekwon‘s debut album, but they still had previous Wu-Tang albums to introduce them, fam. In any case, not only is Hov prominently featured on the project, his voice is actually the first one we hear, folks. Frankly, all of this shit is strange, brethren.

Next, from a production aspect, Just Blaze is nowhere to be found on this album. Meaning, the mastermind behind “Exhibit A” and “Exhibit C” is not involved with the construction of this project. Furthermore, Jay Elec himself produces six out of the 10 songs. Now, his beats aren’t wack, but he could’ve gotten some harder shit to rock on, son. Like, he manages to recruit Swizz Beatz, Hit-Boy, AraabMuzik, The Alchemist and No I.D. for some tracks, but that only covers three of the songs, man. The truth is, the production is a little underwhelming, fam.

Now, to the matter at hand, bruh. *Sigh* For someone with Jay Elec’s lyrical ability, Hov cleans him up on pretty much every song. Shit, starting with “Ghost of Soulja Slim,” Hov isn’t playing with Jay Elec, son. I guess it’s a testament to his respect for Jay Elec’s pen, because Hov brings his A-game, man. Keeping it a buck, Hov’s verses on this album make me want another Jay-Z project, fam. Hell, him and No I.D. need to reconnect and do a follow-up to 4:44, people.

In the end, it might not seem like it from this post, but I actually like A Written Testimony, bruh. Real talk, a rapper of Jay Electronica’s caliber isn’t capable of making “wack” music, folks. Ultimately, after such a loooooong delay, I just wanted more, son. By and by, I wanted better beats and I wanted MORE Jay Elec. At the end of the day, he better not disappear again after this. In my eyes, he owes fans (like me) a lot more, man. *Sigh* Maybe next time we’ll actually get a Jay Electronica album, fam. Here’s to wishing, though. That is all. LC out.