Damn, son. After all of these years, Tiger Woods, the greatest golfer ever, still can’t catch a break, man. Now, I’m not going to sit here and pretend like I know all of the details surrounding his car accident. All I can say is, I see this situation from two different angles. On one hand, he’s incredibly lucky to be alive. On the other hand, his injuries are bad, fam. Like, possibly career-ending. Like, possibly life-altering, bruh. At this point, all we can do is hope for the best.

Ok, for those who missed it, Woods was involved in a terrible crash on Tuesday. While driving near Los Angeles, Woods’ car went over a median, hit a curb and then hit a tree before landing on the side of a road. Now, when help arrived, Woods was coherent and able to talk, but he was unable to move. This is due to the compound fractures in both of his legs. Meaning, his bones were poking through the skin. All in all, it was a messed up scene, son.

Now, speaking as a man who had a compound fracture in his left leg, I know how bad this is, man. Yeah, I’m able to walk around and still participate in various sports, but I’ve never been 100% since my incident. The crazy part is, I was 15 years old when this happened and I basically healed like Wolverine. I can only imagine trying to come back from such grave injuries at 45 years old. Especially someone like Woods who’s had a LITANY of previous injuries and surgeries. The fact is, it was hard enough getting him back in the game as it is. With that being said, this has the potential to be the end of his athletic journey, fam.

In the end, I’m just wishing Tiger Woods the best, bruh. Ultimately, I just hope that he wasn’t doing anything wild at the time of the crash. By and by, prayers up for him and his family. At the end of the day, I have my fingers crossed that he’s able to have his normal life back in the aftermath. That is all. LC out. 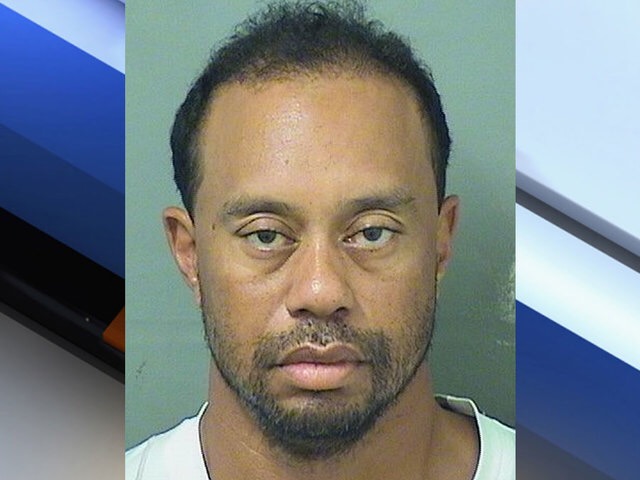 So, to begin, I’ll admit that I don’t know a lot about this situation, man. All I know is, Tiger Woods just caught a DUI charge. In addition, his mugshot looks CRAZY, son! Like, that’s the same dude who won 14 major championships? Good Lord, man, this guy’s fall from grace has been one of the most outlandish things to witness. All in all, whenever ESPN decides to pull the trigger, Tiger’s 30 for 30 documentary is going to be EPIC, fam!

Now, before I continue, let me get one thing out of the way: Tiger Woods is the greatest golfer of all time. Yes, I’m fully aware of who Jack Nicklaus is. I’m fully aware of who Arnold Palmer is. Also, I’m fully aware of Gary Player, Ben Hogan and Sam Snead too. With all of that being said, NO ONE ever dominated golf like Tiger did in his prime. I mean, it’s not even close, son. Shit, if anyone doesn’t believe me, just go back and revisit his 12 stroke win at the 1997 Masters Tournament. Keeping it a buck, Tiger was essentially the golf version of a “create-a-player,” fam.

In any case, by now, I’m sure we all know what happened to Tiger. Ever since his rampant infidelity became a news story in 2009, he’s never been the same, bruh. Look, even by the numbers, he won his last major in 2008. Frankly, Tiger’s golf game was immaculate when he was smashing any woman with a pulse. Ok, yes, injuries have also played a big role in his decline. However; let’s be real, he won that 2008 U.S. Open title on a fucked up leg, son. Listen, all I’m saying is, I don’t think it’s a coincidence that he lost his glow when he lost his hoes, man.

In the end, we now live in a time where Tiger is an afterthought. Moving on, when it comes to his recent arrest, he claims that he had an “unexpected reaction” to prescription medicine. Now, that may very well be true, but he looks crazy nonetheless, son. Ultimately, it’s a damn shame that the G.O.A.T. is nothing more than a punchline now. By and by, he just needs to pack up his clubs and retire, fam. Look, the run is over, Tiger. It’s over, man. Just try to bow out with some form of dignity, bruh. LC out.