On this episode, Randi B. and I talk about too many topics to mention. Check it out on YouTube below.

What’s good, brethren? On this episode, Randi B. and I were back on Facebook Live talking about Breonna Taylor, Bob Woodward and Cardi B. It evolved into a conversation that included immigration, Kalief Browder, police training, Eric Garner, Terence Crutcher, the Central Park Five, the Kansas City Chiefs and remote learning. Check it out on YouTube below. Let’s go! 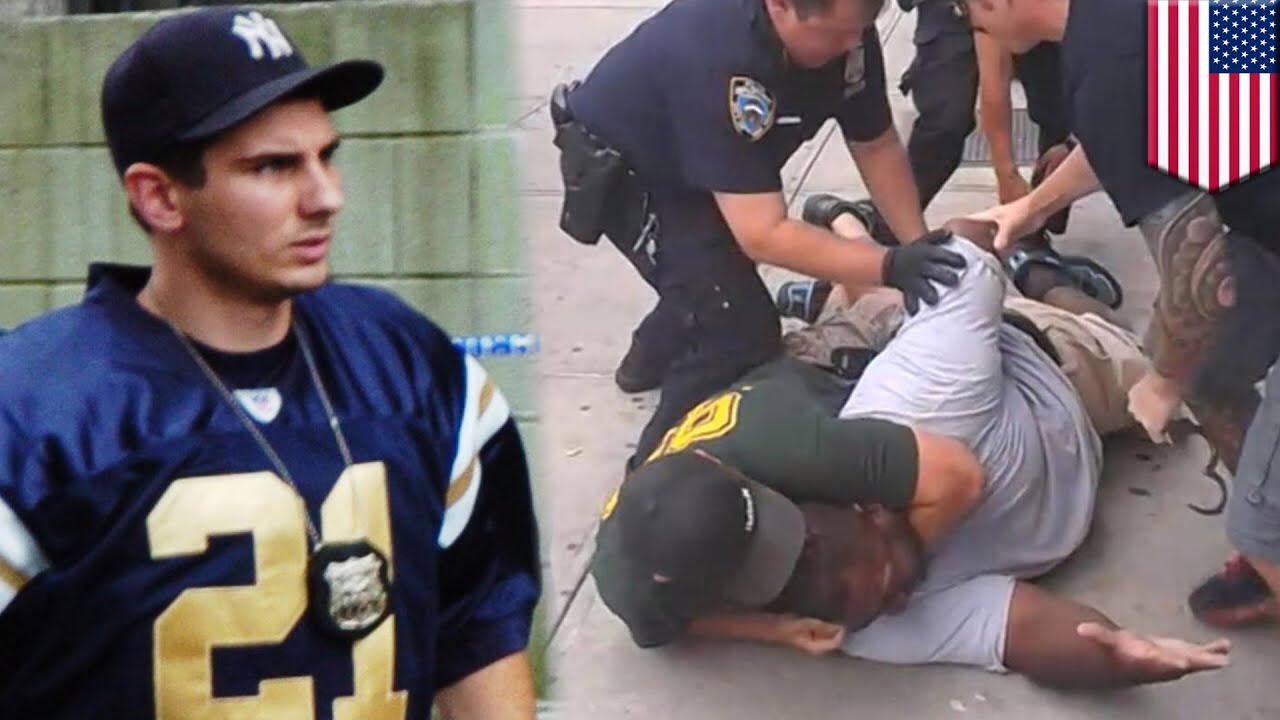 So, here we are, son. Five years after the murder of Eric Garner, the officer who killed him, Daniel Pantaleo, was fired by the NYPD. Now, because of this decision, I’m seeing certain factions of people celebrate on social media. However, I don’t really feel good about this, man. I mean, yeah, it’s great that Pantaleo was fired. But, that’s not enough, fam. The way I see it, if there was enough cause to fire him, there was enough cause to indict him, bruh.

Ok, keeping it a buck, the first paragraph should speak for itself, son. Basically, after a department trial, killer cop Pantaleo was relieved of his duties. Anyway, according to the presiding judge, Pantaleo’s “use of a chokehold fell so far short of objective reasonableness that this tribunal found it to be reckless — a gross deviation from the standard of conduct established for a New York City police officer.” Essentially, he got canned for murder without actually facing charges for murder.

Now, therein lies the cotdamn problem, man. The fact is, folks can agree that Pantaleo fucked up, but no one will seem to give that asshole any prison time. First, back in 2014, the Staten Island courts refused to bring an indictment against him. Fast forward to this year, the Department of Justice, excuse me, Attorney General William Barr, failed to bring any federal charges against Pantaleo. In the interim, the Garner family reached a $5.9 million settlement with the City of New York and Pantaleo lost his job. So, there was enough reason to give them money and take his pension, but not enough to put his fucking ass behind bars? Nah, fam, miss me with all of that bullshit.

The truth is, this isn’t justice, bruh. Seriously, all we want is accountability. Like, Pantaleo can eventually get another occupation, son. The Garner family can’t get another Eric, man. Frankly, a few million dollars won’t fill the hole of a dead family member, fam. So, I feel like all of this is a slap in the face, folks. It’s on some “yeah, we know he killed him, but, this is all we’re offering” type of shit, brethren. All in all, I don’t feel like it’s nearly enough, people.

In the end, I know it’s a better situation that Pantaleo is out of a job. But, his punishment should’ve been waaaaaay worse, son. Ultimately, he killed an innocent man before our eyes and he’s basically getting a tap on the wrist, fam. By and by, all we ever ask for is justice, bruh. At the end of the day, the powers that be always make it clear that they don’t intend on holding up their end of the bargain. That is all. LC out.

Here we go again. Here we fucking go again, man. Right on schedule, here come the authorities with their latest attempt to murder a Black homicide victim for the second time. First, they kill us with their bullets and then they kill us with their accusations. I guess it’s not enough to just destroy us physically. Naaaah, they also need to destroy our image and disgrace our memory. Well, all I know is, I’m fucking tired of the character assassination of our Black murder victims.

So, while I’ve already spoken about the unjustified shooting of Terence Crutcher, I now want to talk about the latest “developments” from the police. Now, I put “developments” in quotations because it’s a FACT the police have a habit of lying about case details. Don’t believe me? Just look up the police report about Crutcher’s death and compare that to what we all saw on the video. Their words say he was non-compliant while our eyes see a man with his hands up. If that’s not enough, how about the recently unearthed video of a St. Louis cop planting a gun on a man he just killed? This happened back in 2011, man. That’s five years of that police department lying about what happened to that victim. With that being said, I treat police reports like the Boy Who Cried Wolf. The only difference is, the boy in this situation gets to keep on lying with impunity.

In any case, the latest news from the police is that they found PCP in Crutcher’s car. From what I can gather, this tidbit is supposed to give credence to Officer Betty Shelby’s story that Crutcher was “on something” and disobeying orders. Man, you can miss me with ALL of that fuck shit, son! Let’s be really clear here, bro. The cops are only bringing up the idea of PCP as a way to justify the shooting of this unarmed man. We already know he was unarmed because the police chief said that on the FIRST DAMN DAY! Now, here’s the REAL problem with this tactic: WE ALL SAW THE FUCKING VIDEO, MAN! Regardless of whatever tall tale the cops try to spin about his demeanor or behavior, there are MULTIPLE camera angles showing him with his hands up. So, in the end, all of their fairy tales don’t matter. A man can’t be a threat if his hands are in the air. Period.

Time after time after time we have to deal with the denigration our people. In addition to the claims of PCP, I’ve seen articles about how Crutcher had a run-in with the law in 1996 and also had traffic violations. Is that enough of a reason to shoot an unarmed man? Once again, detractors try to distract us from the facts in an effort to dehumanize someone who can’t defend themselves. I’ve seen the same thing done to Alton Sterling, Eric Garner, Walter Scott and countless others. They dig in peoples’ pasts to try and sully their names. This way, naysayers can rationalize the blood on the ground. They attempted to do the same thing to Philando Castile with news of his marijuana smoking, but his school community wouldn’t allow it. They admirably came to his defense.

All in all, devaluing Black lives has been standard protocol in this nation since its inception. From slavery to Jim Crow to blackface, it has always been a common practice to negatively depict Black people. It makes the narrative of why they “had” to kill us that much easier to explain. With that being said, I guess the cops really are just doing their jobs. That is all.