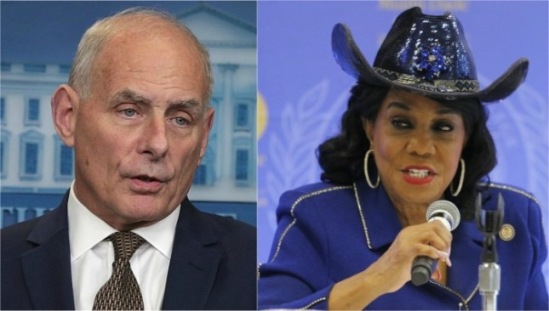 So, keeping it a buck, my wife believes that I should run for office one day. However; there’s one glaring issue, son: I hate politics. I hate politics because it always gets in the way of human decency, man. Elected officials will take ANY situation and twist it into some bipartisan affair. Frankly, it’s disgusting, fam. It’s even more disgusting when this type of fuckery affects Gold Star families. Look, we argue about EVERYTHING in this fucking country. Can we leave dead soldiers out of it, bruh?

Ok, all of the tomfoolery began after four American soldiers died in Niger, West Africa. Now, details are still murky, but it appears that a 12-man Army team was ambushed by 50 ISIS soldiers. In the aftermath, Sgt. La David Johnson, Staff Sgt. Bryan Black, Staff Sgt. Jeremiah Johnson and Staff Sgt. Dustin Wright laid dead from the confrontation. Under any circumstance, this is a terrible outcome for a soldier. However; the ensuing political firefight has made my blood boil, son.

Now, once word got out about the tragedy, the conversation evolved into whether or not Donald Trump called the families of the fallen soldiers. From there, he incorrectly asserted that previous presidents, especially Barack Obama, didn’t speak with Gold Star families. Next, Congresswoman Frederica Wilson alleged that Trump told La David Johnson’s wife that he “knew what he signed up for.” After that, Wilson, Trump and White House Chief of Staff John Kelly got into a debate about who was telling the truth.

Listen, if Trump really said that to Johnson’s widow, then he’s the lowest form of scum. But, I already knew that about him, man. Shit, this behavior wouldn’t surprise me in the slightest, fam. The problem is the fact that the death of these men is being used to make a political statement. I mean, have we no fucking shame, bruh? These guys literally laid down their lives for this country. Can they get a little fucking respect, people?! This ain’t the damn time to be arguing about who said what to who and when. Honor these fucking soldiers, son!

In the end, I hate politics, man. I’ve said it before and I’ll say it again, fam. Ultimately, people want to make a point as opposed to being right. Honestly, I can’t take the constant bullshit, bruh. *Sigh* I guess this really is politics as usual, folks. LC out.