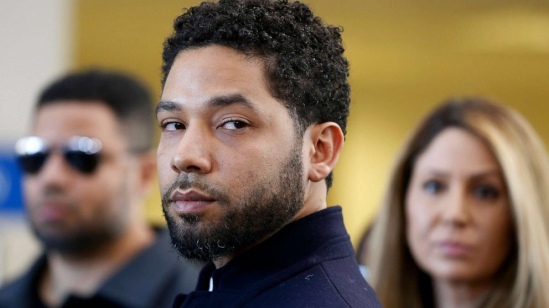 So, let’s be real, son. At this point, we all know about Jussie Smollett‘s fuckity-mcfuckery. Shit, I’ve written about it on multiple occasions, man. In any case, right when Smollett thought it was safe to come outside, the city of Chicago is back on his ass. All I know is, after Cook County State’s Attorney Kim Foxx let him skate, the rest of the city couldn’t WAIT to hem him up again, fam.

Ok, for those who missed it (or don’t care), Dan K. Webb, from the Office of the Special Prosecutor, filed six new charges against Smollett. Now, according to reports, Smollett is being hit with felony disorderly conduct charges, stemming from his faux hate crime in January of last year. Apparently, the authorities were never satisfied with letting Smollett walk, especially since this story originally garnered so much attention.

Now, I won’t lie, bruh. On the real, I always felt like there should be some retribution against Smollett. Hell, I was one of the dummies who actually fell for his shenanigans, son. I mean, even though the tale seemed outlandish, I didn’t want to believe that someone in his position would make up such a fantastical story. Anyway, once I learned that he was full of shit, I was absolutely onboard with him getting prosecuted. Frankly, Smollett shamelessly exploited the true victims of racist and homophobic attacks, man. The way I see it, there HAS to be some punishment in a situation like that.

In the end, there’s nothing else to say here, fam. Ultimately, Smollett’s tomfoolery is the gift that keeps on giving, bruh. By and by, I really hope he understands the magnitude of his stupidity, brethren. Like, not only did he fuck up his career, but more importantly, he gave a black eye to a movement designed to stop violence against the minority and LGBTQ communities. At the end of the day, extra lines on Empire weren’t worth the buffoonery, son. That is all. LC out.