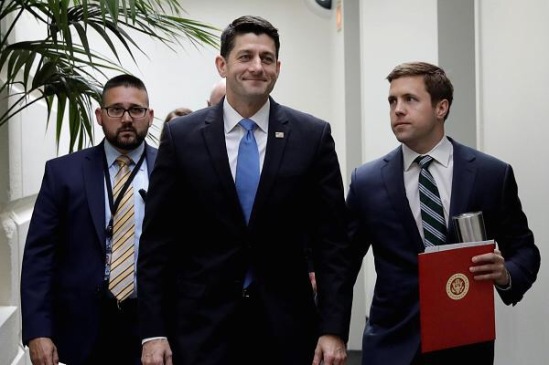 Now, for anyone who’s confused by the title of this post, let me explain. Those numbers represent the votes it took for the GOP to destroy healthcare. At this point, if anyone has a pre-existing condition, then get ready for Hell. The Republicans have essentially ensured that the sick among us won’t be insured. All I know is, the 2018 midterm elections can’t come soon enough.

To begin, let me talk about myself for a second. In my lifetime, I’ve dealt with depression, migraines, acne and multiple knee surgeries. In addition, my mother has multiple sclerosis, my family has a long history with diabetes and I’ve lost several loved ones to cancer. All of this is notable because every condition I’ve just listed is considered a pre-existing condition. Under the American Health Care Act, insurance companies can now make healthcare unaffordable for people like us.

Essentially, under this new bill, insurers can raise premiums for anyone with a pre-existing condition. Basically, if anyone is sick and can’t afford a plan, they’ll have to deal with high-risk pools. These pools give companies the right to charge sick people higher prices than the general population.

In my eyes, it’s like people are being punished for being unwell. All I want to know is, why is being sick such a fucking crime? Why do our elected officials care so little about the less fortunate? Hell, based on statistics, the 11 states with the highest rates for pre-existing conditions all voted for Donald Trump. Well, I hope they’re all happy with their choices when they can’t get a doctor to cure them.

Ultimately, I’m at a loss for words, son. In the end, I better see everyone at the ballot box during the midterm elections. We need to get these crooked motherfuckers out of office, man. *Sigh* LC out.