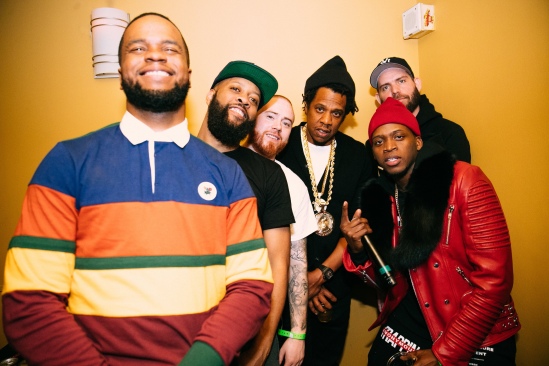 *Sigh* Another day, another dude accused of some tomfoolery against women. Like, at this point, I’m running out of things to say on these issues, son. I mean, I’ve literally never understood why it’s so hard for some men to comprehend consent. For God‘s sake, there are so many women who are down for the get-down. There’s NO need to force any action with anyone. With all of that being said, ChriStylezz from D’ussé Palooza is the latest guy to be held to the fire.

Ok, for those who are unaware, Christopher Samuels, better known as ChriStylezz, is in some shit. Now, as one of the (former) hosts for D’ussé Palooza, Samuels was popular on the party scene. Shit, as a native New Yorker, I’ve been down with Palooza since it was Henny Palooza. Real talk, I’ve watched the brand grow from house parties in the city to Jay-Z partnerships and events at the Barclays Center. Needless to say, I was disheartened to hear the stories that some women had to say about Samuels.

Now, I’m not going to sit here and pretend like I’m an expert on this situation. However, multiple women have told similar stories about Samuels. Apparently, he’s notorious for pressuring women into having sex with him and he’s admittedly disrespectful during the process. Hell, homie even got on his own Instagram page to speak about “being an asshole.” Oddly enough, he also implored women to “bring [him] to justice” if he ever raped them. All in all, I don’t even think it’s a question of “if” he did something wrong. Clearly, even HE feels like his behavior was suspect.

To make matters worse, my homegirl showed me another post from a woman who’s making claims against Kameron McCullough, the founder of D’ussé Palooza. In addition, I’ve seen yet ANOTHER story about questionable actions by BlogXilla from Global Grind. Now, I can’t definitively say that these situations happened. So, I have to throw the word “allegedly” in there. But, nothing would surprise me because this type of behavior is frighteningly commonplace. All I can say is, I’m genuinely sad for the victims and perplexed that these incidents still occur.

In the end, I’m tired of having this conversation, man. Ultimately, I’m tired of women being taken advantage of. Fam, in one Twitter post, Samuels actually asked if it’s wrong to ask a woman for sex to give her a job. Even worse, half of the people who responded didn’t see an issue with this. *Sigh* All I know is, I’m running out of way to this say, bruh. Listen, men, consent is consent is consent. There’s no need to pressure a woman, there’s no need to threaten a woman and there’s no need to trick a woman. At the end of the day, just find someone who wants the same thing. It’s fucking simple, people. That is all. LC out.