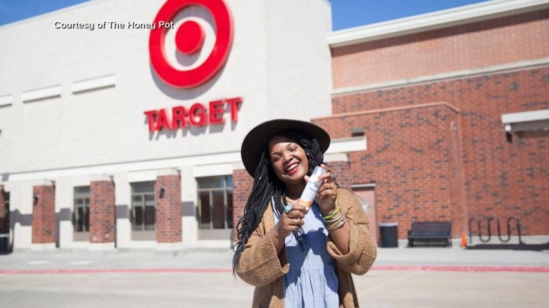 So, I’m going to (try to) keep this post short today, son. On the real, some of these hating ass White folks need to knock it off, man. Side note, in situations like this, I have to highlight the “some” because people get offended. Like, of COURSE I’m not talking about every single White person, fam. But, some of their brethren need to cut out the bullshit, bruh. In any case, this The Honey Pot situation is fucking ridiculous. Listen, there ain’t nothing wrong with a Black woman being proud of her success, people.

Ok, before I continue, let me be frank, son. Real talk, when I first saw the Target commercial that Bea Dixon did for The Honey Pot, I didn’t think that it would cause a firestorm, man. I mean, I literally saw a Black woman express gratitude for a company of Target’s stature to feature her products, fam. In addition, she stated that her success could open opportunities for other Black women to shine. No harm, no foul, right? Well, apparently, some White people are upset that a Black woman is wishing good things for other Black people.

Look, ever since that commercial aired, The Honey Pot has been getting negative reviews from (mostly) White women who don’t feel included in Dixon’s message. Somehow, seeing a Black woman hope that other Black women are given similar chances is offensive to them. For some reason, anytime we big ourselves up, some idiots take it as a slight against them. No, dumb motherfuckers, we’re just happy to be given a chance to shine on a major platform.

Bruh, do I really have to explain how difficult it is to be a Black business owner (or a Black person, in general) in America? For God‘s sake, Dixon started her own line of feminine hygiene products and was able to secure backing from Target. That’s a huge fucking accomplishment, son. That’s not something that happens for a good majority of our community, man. So, pardon her for being fucking excited for her achievements. Pardon her for wanting the same level of stardom for other people who look like her. Seriously, when will White people learn that success for Black people doesn’t come as a detriment to them? That’s the same sentiment we’ve been preaching in the Black Lives Matter movement. Yes, White lives matter. We’re just saying that we fucking matter too, simpleton ass muhfuckas.

In the end, it’s clear that I’m mad, fam. Ultimately, the backlash to The Honey Pot has really grinded my gears, bruh. By and by, I’m tired of some White people trying to undercut our wins. At the end of the day, it’s very simple, son. If folks fuck with the products, then use them. If not, then use something else. Black people are not out here trying to exclude anyone, man. Historically, that came from White people’s playbook, fam. Maybe that’s why it’s their automatic assumption. That is all. LC out.