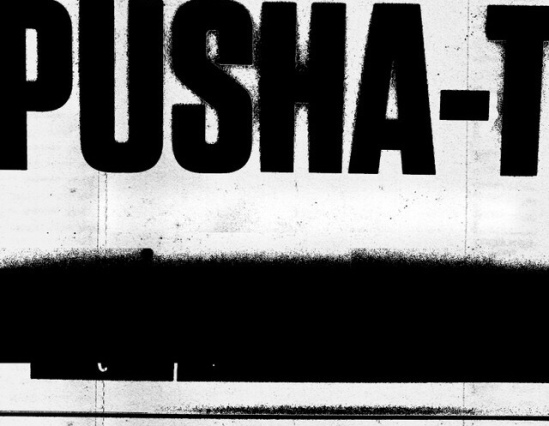 So, per usual, I’m going to try and keep this post short today, son. Basically, I’m just here to vibe out to these new Pusha T songs, man. I mean, it’s already been established that Pusha is one of my favorite rappers, fam. On top of that, I was one of the first people to champion Daytona when it dropped last year. With that being said, despite Kanye West‘s fuckery, I’m glad that he’s still behind the boards for Pusha’s upcoming album. All in all, I expect nothing but good things, bruh.

Ok, for those who missed it, Pusha just dropped two new songs. Now, the first one is joint called “Sociopath.” The song, which features Kash Doll, was apparently left off of Daytona, for whatever reason. Regardless, the joint is grimy as fuck and the type of record that I want to hear from Pusha. Side bar, I fucking love Kash Doll, son. I could go into more detail, but I will refrain, man. In any case, who doesn’t love that arrogant street shit that only Pusha can provide, fam? On the real, that aesthetic is what made me a Pusha and Clipse fan in the first place, bruh.

Moving on, the second song, “Coming Home,” is the one that surprised me, son. Listen, not only did Pusha make a meaningful song about mass incarceration, but he managed to get Lauryn Hill in the booth. Now, I won’t lie, man. Based on her years of tomfoolery, I’ve had my issues with Hill. But, I’m not going to sit here and pretend like she doesn’t sound good on that song, fam. Real talk, it’s dope to hear her sound like herself on a track. Look, does it have the same sheen as her prime? No. However, her contribution is a welcomed addition, bruh.

In the end, there’s nothing else to say, son. Ultimately, people can judge the music for themselves, man. By and by, both tracks have been posted below. Shit, let the good times roll, fam. That is all. LC out.

P.S. Did anyone see Drake talking shit in Joe Budden‘s Instagram live? Son, Joe was out here enjoying his pool party and Drake asked him to play “The Story of Adidon” and see how the crowd reacted. Needless to say, Pusha is still living in Drake’s head rent free. Keeping it a buck, Drake just needs to let that hurt go, bruh. Frankly, he lost the battle, son. Facts are facts, man. Good day.