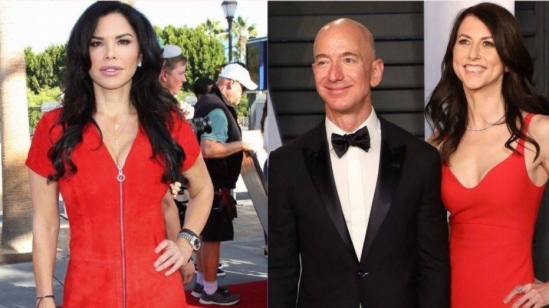 So, let me keep it a buck, son. If I was worth $137 billion, I wouldn’t risk half of that for some “not my wife” box, man. I mean, COTDAMN, fam! Jeff Bezos was out here wilin’, bruh! Now, to be honest, there are a lot of conflicting stories in these streets. All I know is, Bezos is getting divorced and he was doing some inappropriate shit with another woman. The way I see it, he better pray that his soon-to-be ex-wife doesn’t take him to the cleaners, folks.

Ok, for those who missed it, Jeff Bezos, the ungodly rich CEO of Amazon, is getting divorced from his wife, MacKenzie Bezos. Now, allow me to put some of the ramifications in perspective, son. So, the couple got married in 1993. Bezos started Amazon in 1994. They never signed a prenuptial agreement and they got married in Seattle, Washington. Meaning, MacKenzie may be entitled to half of his money. Furthermore, half of $137 billion is roughly $67 billion. Anyway, if this were to happen, MacKenzie would automatically become the fifth richest person in the world. Like, sheesh, man!

In any case, the previous paragraph alone is worthy enough to be a story, fam. However, shit gets even murkier, bruh. Apparently, Bezos was also fraternizing with a woman who was not his wife. To make matters worse, this outside woman, Lauren Sanchez, is also married. According to the story, it was Sanchez’ husband who discovered that the affair was happening. Shit, it appears that Bezos was talking brazy about sex in some text messages and even sent some wild selfies. Like, could Bezos be any more reckless, son? All in all, Amazon can’t deliver him out of this predicament, man.

In the end, this has to be the most expensive affair ever, fam. To be fair, “sources” close to the Bezos family are claiming that Jeff and MacKenzie were separated before he started dealing with Sanchez. All I can say is, if my signature isn’t on some divorce documents, I’m not willing to risk it, bruh. Ultimately, losing half of a fortune has GOTTA hurt, son. Then again, I can’t really cry for a dude who’ll still be one of the five wealthiest people, man. *Sigh* Can I just hold a billion, Jeff? Just one? Thanks in advance. LC out.