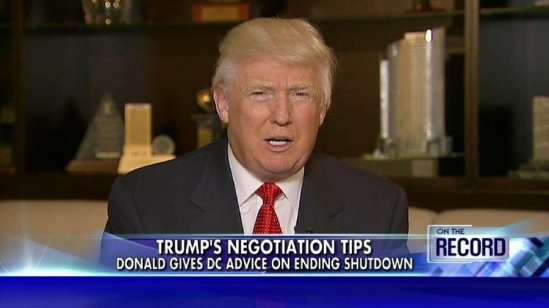 So, I have a serious question for all Donald Trump supporters. Now, all jokes aside, are y’all okay with this government shutdown? Like, are y’all okay with American lives being negatively impacted over a border wall that Trump said Mexico would pay for? Then again, why am I even asking, son? Roughly 300,000 people have raised over $18 million on GoFundMe for this very wall, man. All I know is, Trump lied (again) to his own base and they’re either too ambivalent or too dumb to care, fam.

Ok, to be real, I shouldn’t have to explain to anyone what’s going on right now, bruh. Shit, as of today, the government shutdown has been in effect for almost two weeks. Now, under normal circumstances, a shutdown is already trash, son. However, this particular one is especially garbage because it began during the holidays, man. Meaning, scores of Americans had to go through Christmas and New Year’s Day without their money or benefits. To make matters worse, the catalyst of this shutdown is a stupid ass wall that taxpayers aren’t even supposed to be responsible for.

Look, let’s be perfectly clear here, fam. During his presidential campaign, Trump FREQUENTLY reiterated that Mexico was going to pay for a wall along the border between their country and the United States. I mean, that promise was THE fundamental piece of his platform, bruh. Anyway, after the former and current Mexican presidents told Trump to go fuck himself, his wall became our problem. All I know is, it’s fucking ridiculous, son. For God‘s sake, he’s denying federal employees their pay for something that was never our fucking responsibility, man! Frankly, I have NO idea why his supporters are even remotely okay with this, brethren.

In the end, this is example 2,336,736 of why Donald Trump is a terrible fucking president, son. Ultimately, the fool behind The Art of the Deal has let three government shutdowns occur on his watch. *Sigh* I’m just tired of the constant fuckery, man. Trump can never make a deal, consistently loses cabinet members and his base is still none the wiser. By and by, THIS is why reasonable people think Trump supporters are stupid, fam. This is why. That is all. LC out.