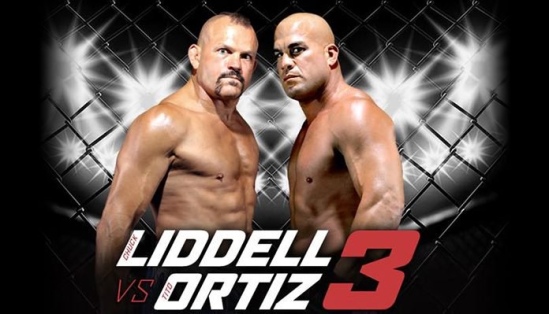 Ok, seriously, did anyone expect a different outcome? Like, did anyone actually think that old ass Chuck Liddell had a chance in Hell against Tito Ortiz? Listen, we all know that Liddell is an MMA legend and UFC god. But, come the fuck on, son! I mean, he lost his Light Heavyweight title in 2007, man! Basically, he was already washed up over a decade ago. So, why the fuck would anybody let him get back in the cage, fam? Frankly, he got knocked out in the exact manner I figured he would, bruh.

Now, Oscar De La Hoya is the first person who needs to be held accountable for this. Real talk, there’s a reason why Dana White made Liddell quit, son: he was waaaay past his prime. In any case, Oscar wanted his Golden Boy Promotions brand to get into MMA and threw Liddell to the wolves, man. For God‘s sake, Liddell was getting knocked out ten years ago, fam! Fast forward to now and he’s even slower than he was then. On the flip side, Ortiz was still regularly competing. Shit, just a year ago he choked out Chael Sonnen while fighting for Bellator. Meaning, Ortiz’s skills haven’t completely eroded yet. Unfortunately, based on numerous training videos, the same couldn’t be said for Liddell.

Next, I’m holding Chuck’s entire coaching staff responsible for this fuckery. Man, they HAD to know that Liddell was a shell of himself. Ok, yes, he’s a grown man and can make his own decisions. However, that doesn’t mean they have to go along with that shit, son! Keeping it a buck, if they really cared about Liddell, they would’ve told him to sit his geriatric ass down, fam. Instead, they allowed him to get knocked into orbit while fighting Ortiz.

In the end, this entire situation was a shit-show, bruh. Ultimately, the undercard was the only redeeming part of this event, son. By and by, a couple of up-and-coming fighters got a chance to showcase their skills on Pay-Per-View. Other than that, the whole thing was a waste of everybody’s time, man. At the end of the day, Oscar needs to stay away from MMA and Liddell needs to stay retired. All in all, it’s better for the masses, fam. That is all. LC out.

P.S. Why is everyone hating on Ortiz for beating up an old Liddell? Last time I checked, Ortiz isn’t a spring chicken either, bruh. The way I see it, an old guy beat up another old guy. So, it was fair, son. Now, was it fucking stupid? Hell yeah! But, it was fair, man. Anyway, we all need to let these dudes just go be old, fam. Good day.