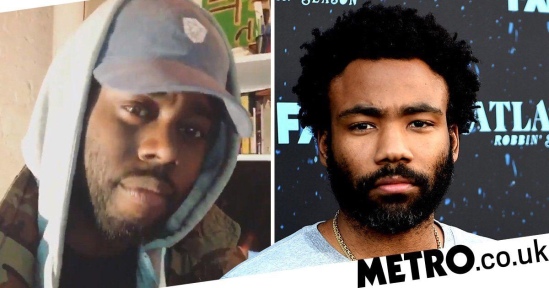 *Sigh* Say it ain’t so, Childish Gambino! Look, someone PLEASE tell me that Donald Glover didn’t steal “This Is America,” son! PLEASE tell me that he didn’t jack Jase Harley for his “American Pharaoh” song, man! I mean, after all of the praise we gave Glover for his record and video, it would be HIGHLY unfortunate if he robbed another artist. All in all, I just hope that all of the biting rumors are nothing more than internet shenanigans, fam.

Ok, before I continue, let me be clear, bruh. Listen, I have no idea if Gambino “took inspiration” from Harley. As it currently stands, Glover’s team has officially disputed the story. According to them, “This Is America” is three years old, which would put its creation a year before the release of “American Pharaoh.” However, folks on Reddit couldn’t help but run with the story, son. Namely because of the sonic similarities between the two songs.

Look, from the subject matter to the flow to the chanting to the percussion, I can kinda understand why some people think Gambino ripped Harley off. With all of that being said, this topic could all be hogwash, man. Shit, if the song is really as old as Glover’s team claims, then there isn’t anything to discuss, fam. But, they could also be saving face, bruh. Frankly, it would be a TERRIBLE look if Gambino stole his first number-one hit on the Billboard Hot 100, folks. Hell, in that case, I’d have a hard time separating the song’s message from it’s alleged creation, brethren.

In the end, I’m going to try and look at the bright side, son. Ultimately, I found out about a good new artist thanks to this tomfoolery, man. By and by, I can’t decipher whether or not Glover pulled a jack move. So, I’m going to keep on vibing to his music while becoming more familiar with Harley’s. At the end of the day, that’s all I’ve got, fam. But, everyone else can judge for themselves below. Is Gambino a thieving ass thief? LC out.