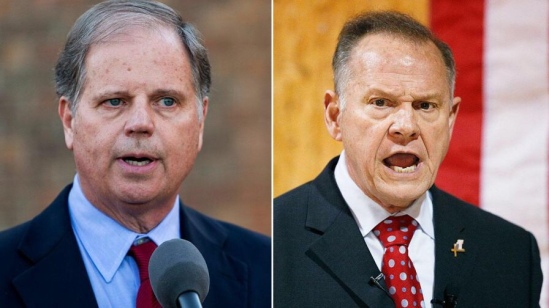 So, let me keep it a buck here, son. The Senate election in Alabama wasn’t about the Left versus the Right, man. This election wasn’t about the Democrats versus the Republicans. Frankly, this election was about right versus clear-cut wrong, fam. Look, if Alabama actually put Roy Moore in Congress, then they would’ve put a racist pedophile in an elected office. With that being said, Doug Jones was DEFINITELY the better choice, bruh. All in all, I’m just glad that Alabama didn’t do what I thought they were gonna do.

Ok, at this point, I shouldn’t have to explain how horrible of a person Moore is, son. I mean, I’ve already detailed his history of pedophilia and sexual abuse. In any case, he also has a strong, STRONG background of racism, man. Shit, just the other day, he got outed for saying that America was better when we had slavery. Somehow, Moore asserted that the family unit was stronger during a time when slaves didn’t have the right to have families. I… I didn’t even know how to respond to that when I heard it, fam.

Listen, the fact that Moore was even in this race says EVERYTHING about our country, bruh. Hell, I was watching MSNBC last night and there was a poll that said that 55% of Alabama voters didn’t care about the allegations against Moore. Good Lord, that’s fucking insane, son! On the real, these folks are so dedicated to the GOP that they were WILLFULLY looking the other way to Moore’s pedophilia. Real talk, that’s fucking FRIGHTENING, man! All I can say is, political allegiance is damn near as dangerous as religious zealotry, fam.

Now, with all of that being said, America needs to thank Black people… again. Taking it a step further, the country needs to thank Black women specifically, bruh. Based on the final voting numbers, Black women represented 18% of the total vote and 97% of them voted for Jones. In addition, Black men represented 12% of the total vote and 92% of them also voted for Jones. Basically, Black people saved everyone’s ass, son. All I know is, the Senate dynamic just got A LOT more interesting, man. Keeping it a buck, Congress desperately needs this balancing act, fam.

In the end, fuck Roy Moore, fuck Steve Bannon and fuck Donald Trump (word to YG). Ultimately, this nation has a TON of problems, but electing a racist pedophile shouldn’t be one of them, bruh. By and by, I’m just relieved that this race didn’t go a different way, son. Look, I know this country jumped the shark a long time ago. However; a Moore candidacy was nothing short of preposterous, man. That is all. LC out.