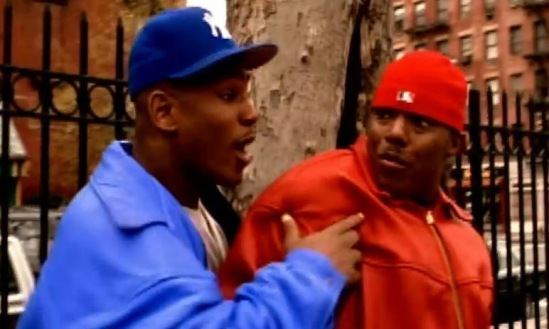 Now, anybody who knows me knows that I am a MASSIVE Cam’ron fan. I mean, if anyone is a fan of my music, then they owe Cameron Giles a huge thank you, son. Real talk, a large part of the reason I rap the way I do is directly because of Killa Cam. In any case, I wouldn’t be me if I wasn’t objective, man. With that being said, his rap battle with Mase didn’t work in his favor, fam. All in all, when it comes to their beef, Mase got one up on Cam, bruh.

Ok, when it comes to the tumultuous history between these two men, where do I start, son? So, the squabble between these dudes has been going on for damn near two decades now. On the real, I’m not going to explain the entire situation because it would take too long and because Google exists, man. In any case, they were friends, some shit happened, Mase became a preacher and they’ve been throwing jabs at each other ever since. Keeping it a buck, I thought this feud was dead until I heard “It’s Killa” on Cam’s The Program mixtape.

So, on that particular track, shit goes left from the first lyric, fam. In the first verse, Cam tells a story about how he saved Mase from getting ran up on by some dudes while stuck at a girl’s house. Now, for his troubles, Mase allegedly gave Cam $100. Needless to say, Cam wasn’t happy and decided to no longer fuck with Mase. In any case, that situation combined with some other hood shit caused Cam to question everything about Mase’s character. I mean, if we’re being real, people have been questioning Mase’s character for years now.

Moving on, I guess Mase didn’t want to let this shit slide. So, in retaliation, he released “The Oracle,” a full-blown diss track to Cam. On the record, he raps over the Jay-Z “Blueprint 2” beat, which Hov previously used to throw more shots at Nas. Anyway, over the course of four minutes, Mase goes hamburger on Cam. He talks about the time that Cam ran as Jim Jones fought Junior M.A.F.I.A. by himself in Rucker Park. He talks about the time that Cam got his chain jacked by Tru Life. Shit, he even alleges that Cam fucked his own sister (which was disputed because he doesn’t have a sister). All I know is, that track is brutal, bruh.

Fast forward a day, Cam came back with his own response. He put out “Dinner Time,” which was produced by The Heatmakerz, the longtime production crew for The Diplomats. Real talk, the beat is hard and Cam has some lines, but they don’t sting like Mase’s words do. Now, I wouldn’t say the song is trash, but it isn’t rough enough to counter Mase. Basically, as much as it pains me to say, Mase sonned Cam, man. Look, even though Cam is a musical hero of mine, I have to call a spade a spade, son.

In the end, I’ve got to give Mase his credit, fam. Listen, he may be a studio gangster/fraudulent pastor, but that dude could always rap, bruh. Ultimately, Cam picked a fight and didn’t deliver on the backend. By and by, this riff probably doesn’t even matter in the grand scheme of things. Hell, these dudes have already made up with each other on social media. So, what the hell do I know, son? All I can say is, I’m about to go listen to Purple Haze and scrub this shit from my mind, man. LC out.