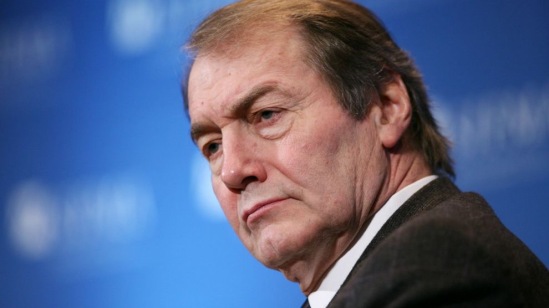 So, the sexual abuse train just keeps on running, huh? I mean, it’s truly difficult for my mind to grasp how prevalent this type of behavior is, son. Like, is there any woman out there who hasn’t been harassed in some shape, form or fashion? Is there any dude out there who hasn’t inappropriately fondled someone or done something way worse? Shit, the fuckery has gotten to the point that I can’t keep up with all of the allegations, man. With that being said, it pains me to have to drag Charlie Rose through the mud, fam. However; NO ONE is safe from being justly rebuked, bruh!

Look, just a couple of weeks ago, in my “opioid crisis” post, I mentioned that my wife and I routinely watch CBS This Morning. Frankly, I’ve been a fan of Charlie Rose for years upon years, son. Listen, his self-titled interview show has provided countless classic moments from his conversations with celebrities and intellectuals. For me, he’s one of the few journalists who simply gives me the news without saturating it with bipartisanship. In any case, as of today, his character has been called into question. Based on a report in The Washington Post, Rose is now excused of harassing at least eight women. *Sigh* The fuckery never stops, man.

Now, according to the story, Rose has allegedly done a myriad of things, including walking naked in front of employees and groping any body part he chooses. Apparently, these stories go back to the 1990s and have continued well into the 2010s. To make matters worse, his self-titled show didn’t have a Human Resources department, so there was no one these women could turn to, fam. Bruh, I can’t even think of a more egregious abuse of power. Look, there was absolutely no one there to check him. He could literally do whatever he wanted to whoever he wanted. Real talk, the lack of accountability is staggering, folks.

In the end, I’m wholeheartedly beginning to lose faith in people, son. Now, I know that I don’t know any of these folks personally, but it’s hard not to hope that there are good people out there. However; as more stories start to emerge, I now realize that damn near everyone is trash, man. *Sigh* I might as well go sit in a silent room, fam. That’s the only way to keep away from everybody’s tomfoolery. LC out.

P.S. Shout-out to the women for finally coming forward and shout-out to Gayle King and Norah O’Donnell for keeping it a buck on-air. Ultimately, I know that’s their colleague, but they didn’t let him escape without being criticized. That is all.