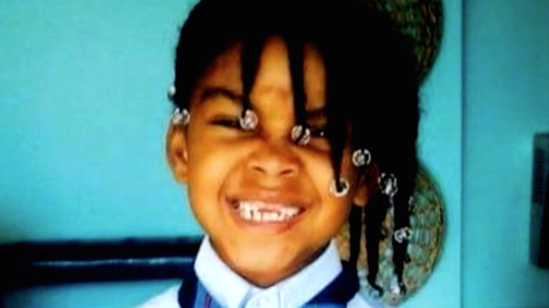 Ok, can I put my dad pants on for a second? So, the other day, my wife and I had a conversation with our oldest son about the “Hot Water Challenge.” This came after we heard about what happened to 8-year-old Ki’ari Pope in Florida. Apparently, her cousin dared her to drink boiling water through a straw. From there, Pope burned her throat, got a tracheotomy, but still eventually died from respiratory issues. On the real, the fact that this little girl was only one year older than my son shook me to my core.

To make matters worse, Pope hasn’t been the only child to suffer from this outlandish challenge. More and more stories are popping up about kids doing serious damage to themselves. For instance, back in July, 10-year-old Wesley Smith of North Carolina received third degree burns after he and his stepbrother tried to get in on the movement. It seems as if they got the idea from YouTube videos. In another case, right here in the Bronx, the friends of 11-year-old Jamoneisha Merritt poured boiling water on her face while she slept. Needless to say, her face has been ravaged, man.

Now, some people may be thinking “what’s wrong with these kids?” But remember, most children have no common sense, son. Like, I did TONS of stupid shit when I was a child. For example, who told me it was a good idea to backflip off of the top of a swing, man? On the real, I’m lucky that I got out of there with only a sprained ankle. With that being said, kids feel like they’re invincible and it leads them to doing all manners of tomfoolery, fam. In any case, we as parents need to reinforce the risks of dangerous actions to our children, bruh.

In the end, even though I think this challenge is beyond dumb, I can’t really fault the kids, son. Keeping it a buck, I can’t fault the adults either, man. The fact of the matter is, being a parent is a lot of trial and error, bruh. The sad part is, in some cases, it takes tragedy for young people to learn. All I know is, as of right now, we need to tell our kids to stay far, far, faaaar away from the “Hot Water Challenge.” That is all. LC out.