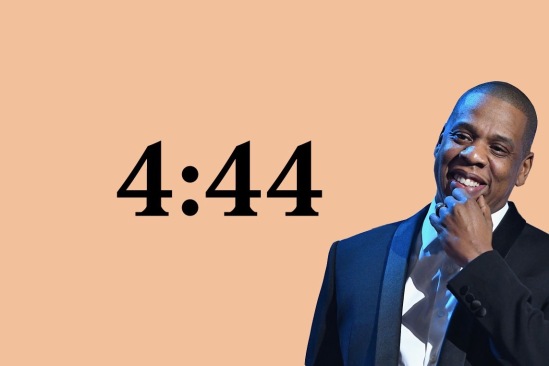 Now, before I get started, let me make one thing clear: Jay-Z is the greatest rapper of all time. No, I will not debate this and I will not entertain any opinions to the contrary. Listen, the sky is blue, water is wet and Jigga is the G.O.A.T. It just is what it is, fam. With that being said, do we really need a new Hov album, bruh? Look, I may be speaking blasphemy, but I don’t know what to make of a 2017 Jay-Z album. Ultimately, I’m hoping it’s good, but I don’t want to set myself up for disappointment.

So, for me, the last great Hov album was American Gangster. In my eyes, it’s his best album after Reasonable Doubt and The Blueprint. Yeah, that’s right, I’m putting it ahead of The Black Album and Vol. 2… Hard Knock Life, son. I mean, the soulful production is perfect and his bars are immaculate, man. Fam, any emcee that can write a line like “surviving droughts, I wish you well” cannot be disrespected. In any case, that album represents Hov at the end of his prime. Now, while I enjoy a number of songs off of The Blueprint 3 and Magna Carta Holy Grail, those albums don’t hit me like Jigga at his best.

Keeping it a buck, when I first heard about Hov’s new album, I wasn’t excited. Well, not until I heard No I.D.‘s name. Apparently, the legendary Chicago producer is shepherding the entire record. Now, if that’s the case, I’ll definitely need to take a listen to the album. On the real, I don’t think No I.D. has ever missed, man. I mean, from his countless work with Common to Jay’s “D.O.A.,” he always drops fire, son. Hopefully, the same remains true for this new endeavor. While I wasn’t super geeked about the “Adnis” snippet, I’ll reserve judgement until I hear the entire song.

In the end, I just want the album to be good, man. Listen, Jay is by far my favorite rapper. I can’t have him looking super washed out here, son. All in all, I guess we’ll all see what’s really good on June 30th. Don’t let us down, Jay. LC out.

P.S. I know Hov owns Tidal, but damn, bruh! Can we chill with the streaming exclusives, fam? Look, none of us should have to pay for multiple platforms in order to hear our favorite artists. It’s fucking ridiculous, son. Ok, rant over. Peace.

One response to “Should I Be Excited For A New Jay-Z Album?”