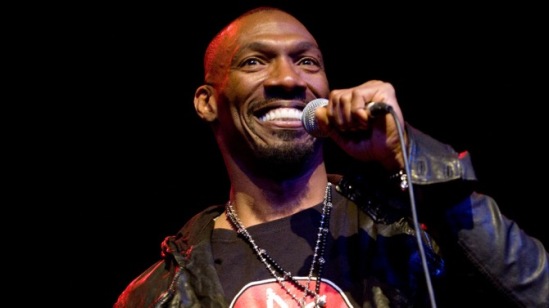 Damn, son. *Sigh* All I can do is shake my head, man. On the real, Rest In Peace to Charlie Murphy. Cancer has taken yet another victim, bruh. Now, contrary to what some news outlets might say, Charlie was way more than Eddie Murphy‘s older brother. In fact, he was a master storyteller, a quick-witted verbal flame thrower and a dude who was hilariously menacing. All in all, we lost a great talent and his legacy should be celebrated.

Now, maybe I’m dating myself, but my first real memory of Murphy was in the movie CB4. Yeah, I know he was in a few films before that, including a couple of Spike Lee joints, but I vividly remember him as Gusto. Look, I got endless joy out of watching him terrorize Albert (Chris Rock). His aggression was always funny and it made every scene entertaining to watch.

Moving on, as time progressed, he found himself on every visual medium imaginable. However; no one will ever forget his role on Chappelle’s Show. Listen, everything he did with Dave Chappelle on that show was gold, son. EVERYTHING, man! Whether we’re talking about “Charlie Murphy’s True Hollywood Stories” or “The Mad Real World” or the “Player Hater’s Ball,” Murphy created nothing but classic material, fam.

Ok, keeping it a buck, Chappelle may be the greatest comedian of all time. With that being said, the most memorable material from his show might actually be Murphy’s stories about Rick James and Prince. Think about that for a second, man. That’s how great Murphy was. Even legends like Chappelle and his brother Eddie knew how phenomenal Charlie was. As Eddie always said, Charlie was “his best impression.”

In the end, Murphy deserves his respect. He put in the time and the effort to be considered an icon. Now, let’s celebrate his memory by slapping a “habitual line-stepper” and then eating a plate of pancakes. RIP Charlie Murphy!

P.S. Prayers up to Murphy’s children. Due to his untimely demise from leukemia, his kids are now technically orphans. Unfortunately, Murphy’s wife, Tisha Taylor, died from cervical cancer in 2009. I swear, cancer might be the worst thing to ever plague humanity, man. That is all.