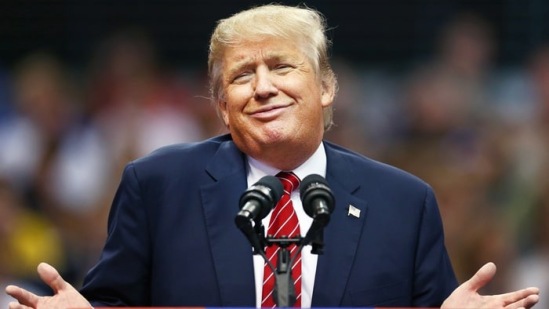 I’ve never been one to hold back or mince my words, so I’ll just get straight to the point. If you already regret voting for Trump, I don’t feel sorry for you. Sounds harsh, but I wholeheartedly mean that. If you’re one of the people who has suddenly realized Trump is a con artist, I have no sympathy for you. This man showed you who he was the entire election and you refused to believe him. So, every terrible thing he does from here on out is on YOUR head.

Look, at this point, I’m not even going to reiterate all of the awful things he’s said or done. I’ve done that enough times on this blog. However; let’s talk about all of the promises he made to YOU and already backtracked on.

First, there was all of the bullshit he said about Hillary Clinton. For the entire duration of his campaign, Trump claimed he was going to lock Clinton up for her “crimes.” What were her crimes exactly? Having a private email server. Regardless of the fact the FBI determined she had broken no laws, Trump still asserted that he was coming for her head. Now, since all of you Clinton-haters LOVED the idea of putting her in an orange jumpsuit, you flocked to the orange-faced clown. With all of that being said, what does he do when he wins? Completely abandon the notion of pursuing any charges against her. One point for you Trump supporters.

Next, there was his stance on Obamacare. For YEARS, he railed about how much of a failure the ACA was. His entire healthcare platform was built around repealing the law and replacing it with something “better.” In any case, just a few days after being elected, Trump talked about possibly keeping parts of Obamacare. Then, he switched course and said the law was going to be repealed and replaced simultaneously.

Now, here’s the problem: not only do your Republican reps not have a replacement plan, but they don’t even have enough votes to pass anything at all. It takes 60 votes to push a new plan through the Senate and the GOP only has 52 seats. Do you see the issue here? Once again, Trump made a promise he can’t possibly keep. Not to mention, after this past December‘s ACA enrollment period, the states with the highest coverage are the ones that voted for Trump. Are you guys really that stupid? I’ll just take that as a yes, son.

Ultimately, you guys are getting what you asked for. You asked for a liar to be your president and you got one. Let’s see if all of his billionaire cabinet friends will help drain that swamp for you. Good luck suffering through the mess you caused. I’m out.