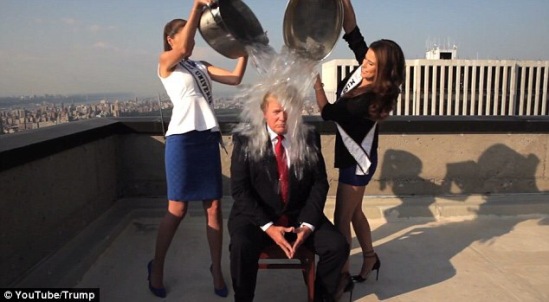 So, let me begin this post by saying there is no actual evidence to suggest that Donald Trump loves golden showers. As of right now, Ben Smith‘s dossier in BuzzFeed is the only article to mention the possibility of Trump paying hookers to piss on him. Now, even after saying that, I guarantee some idiot is going to read my headline and get pissed (phrasing). Well, stupid is as stupid does, son. I have no control over people’s reactions, man. In any case, the real story here is the allegations that Russia has damaging personal and financial information about Trump. With that being said, all I want to know is, if this is the case, why was Hillary Clinton the only person harmed by Russian hacking?

Now, at this point, I don’t have to tell anyone what happened during the election, man. If someone is unaware of the fuckery that occurred over the past year, then they’re lost anyway. In any case, American intelligence agencies have made it well known that Russia engaged in various hacks, in an attempt to influence our presidential election. Despite the fact that Trump and his team have denied all of this from the beginning, I’m going to go ahead and believe the FBI, CIA and NSA. Let’s just say, I’m more convinced of their ability to deal with facts instead of propaganda.

Moving on, I just want to know, if all of these agencies were aware of potentially damaging information about Trump, why did Clinton always get the short end of the stick? Shit, just a week before voting in November, FBI Director James Comey released a note saying they were looking into more emails related to Clinton. Despite the fact they found nothing, this incident was just another slight against Clinton, which raised doubts in the minds of the American people. Keep in mind, outside of the fact that the private email server existed, the FBI never found any evidence of an actual crime. Yet, this storyline ended up playing a major factor in our election. None of this is adding up to me, son.

In the end, I may be looked at as a conspiracy theorist, but when shit stinks, it stinks, man. If a foreign entity has information about two people and only one person suffers for it, it can be deduced that they were trying to benefit the other. Don’t be surprised when Vladimir Putin is freely walking around Manhattan, son. Hell, he might have a suite in Trump Tower as we speak. We’ve got a Russian puppet as a President, man. Oh happy day… on Opposite Day.

P.S. Even though I don’t think the story is true, wouldn’t it be GOLD if Donald Trump loved getting peed on? Side note, see what I did there? I’m killing y’all, man. Get fire on these bitches, son! In any case, the more Trump’s questionable behavior comes to light, the more I’m convinced he’ll be quickly impeached. I would rejoice, but I’m not too fond of a Mike Pence presidency either. That dude is verifiably loco, son. That is all.