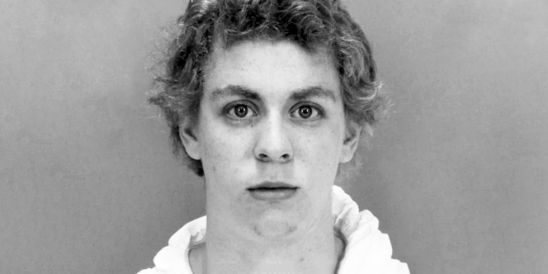 Getting right to the point, the virtues of White Male Privilege knows no limits, son. White men can literally do ANYTHING and get away with it. Even when they get caught doing some wild shit, a slap on the wrist might be considered too hard for them. Now, for anyone who doesn’t think White Male Privilege is real, just look at the stories of Brock Turner, Austin Wilkerson and David Becker.

At this point, I’m sure everyone has heard about the Brock Turner case. Turner was a student-athlete at Stanford University who was charged with raping a fellow student behind a dumpster. Ultimately, he was convicted of intent to rape and sexually penetrating an unconscious/intoxicated person with a foreign object. Now, even with all of the evidence stacked against him, Turner was only sentenced to six months in county jail and three years of probation. Are you fucking kidding me, man? I know dudes who got busted for selling weed who are serving longer sentences, man! This coward violated a helpless woman and that’s the extent of his punishment? I’m absolutely flabbergasted, son.

Not to be outdone, over at the University of Colorado-Boulder, Austin Wilkerson also took advantage of an unconscious woman. Once again, he was convicted for his crime, but instead of simply putting his nasty ass in prison, the judge gave this dude two years on work release and twenty years probation. In the judge’s eyes, putting this rapist in prison didn’t have a “great result for anybody.” Motherfucker, what?! I’m pretty sure it would have a great result for any of his future potential victims. How can people be so careless in regards to how they treat such blatant victimizers? This abuser essentially gets to continue his life on the outside as if he didn’t harm an unsuspecting woman.

Finally, there’s the tale of David Becker. Honestly, this case is the one that inspired this post. I simply couldn’t believe yet ANOTHER rapist was going home as if he didn’t do what he did. In the most egregious example yet, this guy sexually assaulted two women, apologized the next day via text and only got sentenced to two years probation. In addition, he doesn’t even have to register as a sex offender. Son, I literally have no words. No fucking words, man. We live in a country where the authorities sentenced Cormega Copening to one year probation for sexting his own high school girlfriend, but a two-time rapist only got one additional year? How, Sway? Fucking how, man?! NO ONE can tell me there aren’t CLEAR benefits to being White in this country. The proof is in the judicial pudding, son.

In the end, I have nothing else to say, man. I’m simply blown away by the favoritism given to White men in our society. Minorities can rot in jail for non-violent offenses, but rapists like these three clowns can freely walk our streets. Shit, if anyone let Donald Trump and Ann Coulter tell it, Mexicans are the ones doing all of the raping. All foolishness aside, not even women are safe from White Male Privilege. I want everyone to keep that fact in mind before they dismiss this concept as a fallacy. Good day.

One response to “Rape’s Not A Crime For White Guys”